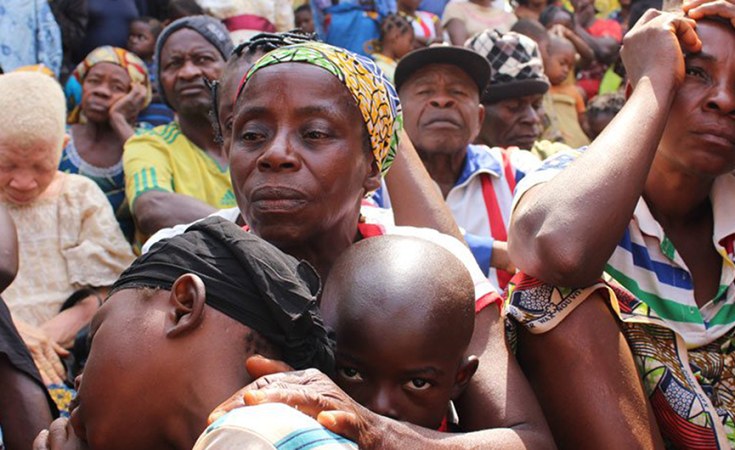 Seven of the 10 most neglected crises in the world are in Africa, according to the charity organisation Norwegian Refugee Council's latest annual report on world crises.

The charity is now calling for increased attention to the crises to prevent the suffering of millions of vulnerable people. The list is based on lack of funding and media attention and political neglect.

Topping the list is Cameroon where an armed conflict has so far uprooted half a million people in the English speaking Southwest and Northwest regions.

Second and third on the list are long-running conflicts in the Democratic Republic of Congo and Central African Republic, with Burundi ranked fourth. The other countries are Mali, Libya and Ethiopia.

Non-African countries in the top 10 are Ukraine, Venezuela and Palestine.

However, an a move to reconcile the country, Cameroonian President Paul Biya sent newly appointed prime minister Joseph Dion Ngute on a one week (May 9-16) peace mission to the conflict regions hoping to find a political solution to the escalating violence and the ensuing humanitarian crisis.

Cameroon and US clash

"The international community is asleep at the wheel when it comes to the crisis in Cameroon. Brutal killings, burned-down villages and massive displacement have been met with deafening silence," warned NRC Secretary General Jan Egeland.

Violence erupted in Cameroon's two English speaking regions when an industrial strike by lawyers and teachers in 2016 over perceived marginalisation turned into a secessionist movement by armed separatists and calls for the creation of a new state called Ambazonia.

Hundreds of villages have been razed, hospitals attacked and health workers live in fear of being abducted or killed as government forces and separatist militia engage in war atrocities.

According to the International Crisis Group think tank, the unrest has left 1,850 dead, 560,000 internally displaced and 32,000 others as refugees in Nigeria. Three million people affected by the crisis need humanitarian aid according to the Norwegian charity.

"This depressing list must serve as a wake-up call for all of us. Only by drawing attention to these crises, learning about them and placing them high on the international agenda, can we achieve much needed change," Mr Egeland said.

DR Congo topped the list last year and the NRC report says hundreds of thousands of people were forced to flee across Lake Albert into Uganda and around one million others were internally displaced when inter ethnic fighting resumed in the Northeastern provinces of North Kivu and Ituri.

"Fighting between armed groups over control of territory and resources, destruction of schools and homes and attacks on civilians created significant humanitarian needs," reads the report, adding that an Ebola outbreak in August 2018 further compounded the "already complicated" crisis.

Africa's Next Full-Blown War Can Still Be Averted

Switzerland to Mediate Cameroon Peace Talks
Tagged:
Copyright © 2019 The East African. All rights reserved. Distributed by AllAfrica Global Media (allAfrica.com). To contact the copyright holder directly for corrections — or for permission to republish or make other authorized use of this material, click here.