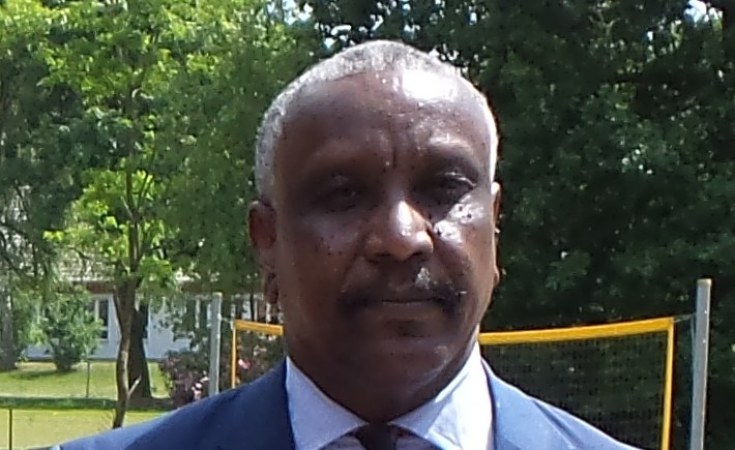 Sudan's Transitional Military Council released three opposition figures in Khartoum on Monday before sending them to Juba. Meanwhile, the civil disobedience campaign which begun on Sunday has already claimed at least four lives.

Three members of the opposition Sudan People's Liberation Movement - North have been transferred to South Sudan's capital Juba on Monday.

Yasir Arman, the deputy leader of the SPLM - North was arrested last Wednesday (June 5) at his home in Khartoum. The secretary-general, Ismail Khamis Jalab, and spokesperson Mubarak Ardol were arrested on Friday June 7.

I have been deported against my will by a military helicopter from Khartoum to Juba. I was not aware of where they were taking me. I asked them many times. They tied me up in the helicopter together with Comrade Ismail Khamis Jalab and Mubarak Ardol.

"It was tough but we have not been tortured," Mubarak Ardol told RFI on Monday from Juba.

"But Yasir was hit during the arrest as were others with the butt of guns, such as Badreddine Khojali and Motjaba, Yasir's brother. We were held in a high security prison.

"When they came to tell us, this morning [Monday June 10], that we were going to be released, they covered our eyes before shoving us into a car. Then, we were handcuffed before stepping on a military plane. Yasir's feet were shackled.

"We pleaded with the military officers to uncover our eyes so that we may talk. But they didn't want to know anything about it.

"They did not tell us where they were taking us. We denounce this extradition.

"But we heartily thank the government in Juba for their warm welcome."

Sanna Arman, the daughter of Yasir Arman said that she has not had the opportunity to talk to her father yet.

Arman is convinced that the Transitional Military Council (TMC) has not been able to quell the protest movement despite a violent crackdown last week leaving over 100 people dead. She believes the civil disobedience campaign which begun on Sunday to be another way to respond to the violence demonstrated.

"We've just found another way to protest. It's a complete shutdown and not just in Khartoum. The civil disobedience is definitely successful because they can't remove everyone from their home," Arman told RFI.

Social media plays a crucial role in disseminating information about events unfolding in Khartoum and the rest of Sudan. Civilians take to Twitter, Instagram and Facebook to post what is happening, while it is happening. @BSonBlast, @RealRameyDawood and @EhabTheBeast are Arman's favourite accounts for reliable information.

It is a different form of combat from her father's younger days as a rebel fighting Omar Al Bashir. Today a cell phone recording a live-video of "bullets being fired" can be quite effective.

"We've got social media. We've got people power," adds Arman. "If anything Sudan has shown is that when people come together that power is stronger than any weapon."

Footage of what is happening on the ground will make it more difficult for the TMC to conceal certain events. According to Arman, the security forces took cell phones from protestors and sometimes even broke them.

"If we look into rebellions throughout history, there's been violent crackdown, there's been the killing of people but at the end of the day the people always win when they come together.

I Will Not Leave - Rebel Leader Yasir Arman