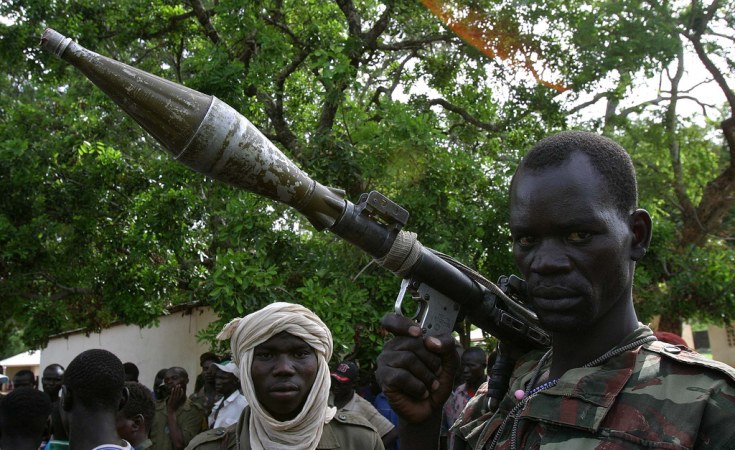 The Revolution Justice was one of the 14 signatories of the February 5, 2019 Khartoum, Sudan peace accord with the government.

In spite of the difficult security situation in the Central African Republic, CAR, which last month saw the massacre in Paoua of 30 civilians by 3R rebels, progress is being made in restoring peace. Some 14 armed groups on February 5, 2019 in the Sudanese capital, Khartoum, reached a peace deal with the government of President Faustin-Archange Touadéra. Agency reports say the RévolutionJustice, RJ rebel movement of Armel Ningatouloum Sayo, which operated in the far north-west and west of the country, last week completed the disarmament of its combatants.

"There are no more RJ fighters in the localities we visited," noted Captain Guy-Sylvain Goné, head of the disarmament and demobilization mission that visited the area. He added that the last fighter to hand in his weapon was Luther Bétoumbam, Chief of Staff of the defunct RJ rebel movement. Révolution-Justice leader, Armel Ningatouloum Sayo, was one of the re presentatives of 14 armed groups who signed the peace agreement with government last February. He was later appointed High Commissioner in charge of National Pioneer Youth, with rank of a cabinet minister.

All disarmed combatants have two choices - join the military or learn a trade and be reintegrated into society. Meanwhile, Mankeur Ndiaye, the Special Representative and head of the UN Multidimensional Integrated Stabilization Mission in the Central African Republic, MINUSCA, will on June 15, 2019 brief the United Nations Security Council on the SecretaryGeneral's MINUSCA report. The Chair of the Peace-building Commission's Central African Republic configuration, Ambassador Omar Hilale of Morocco, may also brief the Council. MINUSCA's mandate expires on November 15, 2019.

Operation Launched to Rid the Country of Rebels

CAR Court Starts Work On Human Rights Abuse Cases
Tagged:
Copyright © 2019 Cameroon Tribune. All rights reserved. Distributed by AllAfrica Global Media (allAfrica.com). To contact the copyright holder directly for corrections — or for permission to republish or make other authorized use of this material, click here.