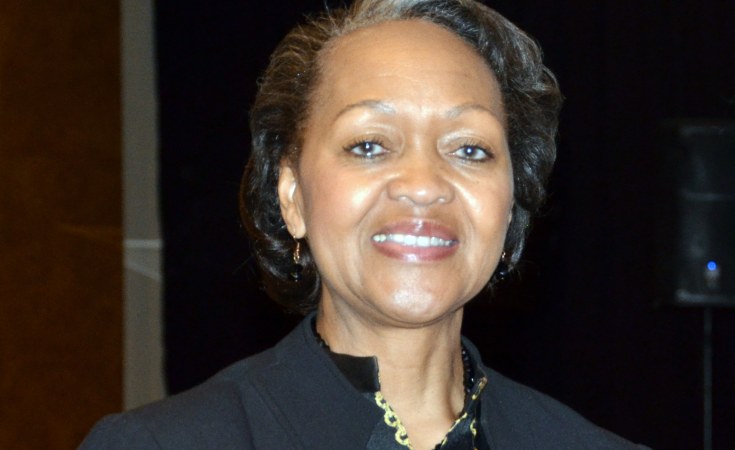 Washington, DC — The largest gathering of American and African government and business leaders is set to begin on June 18 in the Mozambican capital, Maputo. Organized every two years since 1997 by the Washington, DC-based Corporate Council on Africa, this year's U.S.-Africa Business Summit is the third to be held in Africa. In an interview, CCA CEO and President Florizelle (Florie) Liser outlines plans for what she describes as a 'unique' high-level event.

These excerpts have been edited for clarity and conciseness:

Broad High-Level Participation: This three-day event June 18th to 21st brings together heads of state and corporate executives, both African and American, focusing on increasing U.S.-Africa trade, investment and commercial engagement.  By convening top leaders from government and the private sector – not only to talk about business engagement but also to network and discuss deals, CCA is doing something unique. There are many events focusing on trade and investment - the more the merrier!  But no one does quite what we do at the Summit.There's still time to register, and Mozambique is offering 'visa on arrival' so that should help us with the inevitable last-minute signs-ups.

We're pleased that the summit this year is serving as the launch for 'Prosper Africa' - the Trump administration's signature initiative with the goal to double U.S.-Africa trade and investment. In Maputo, signing of several major deals involving American firms will be featured as part of the policy roll-out.

On the first day, President Nyusi and Anadarko CEO Al Walker will formally announce agreement on a $20 billion liquefied natural gas (LNG) project, so we're excited about that. Mozambique has huge natural gas reserves, and a second project by ExxonMobil is expected to be finalized in a few months.

We have a number of heads-of-state who are planning to attend. In addition to Mozambique, these include leaders from Rwanda Kenya, Namibia, Equatorial Guinea, Malawi, Zambia, Botswana, Zimbabwe, Guinea Bissau, eSwatini (Swaziland). We have the Uganda prime minister and senior ministerial delegations from Cote d'Ivoire, Algeria Angola and several other countries.

Deal signings on the Summit agenda

Many large, well-known companies are participating as well as smaller firms. The CEO of GE Africa and the head of Africa for Bechtel are both speaking. We have Citibank, Pfizer, Caterpillar, Boeing, Proctor and Gamble, Johnson & Johnson, Lockheed Martin, ExxonMobil, Coca Cola, Covington, Intel, Visa, Phillip Morris, Rabin Martin, Acrow Bridge and more.

From Africa, we have participation from Sasol, Barlowworld, OCP Morocco. ABSA and Standard Bank. We have two firms focusing on housing - Beulah City and Prime Potomac, plus several ICT companies - IMED Tech, INCM and Flutterwave. And others are expected as well.

An Agenda Covering Wide-Ranging Topics: The program we have planned touches on a range of critical issues and vital sectors. We have plenaries on the LNG boom, on infrastructure, agribusiness and on the business case for empowering women, which is dear to me.

We have an ICT ministerial roundtable and panels on sovereign wealth funds, cybersecurity, housing, digitalization of African economies, industrialization in the consumer goods sector. We have another looking at the entertainment industry – Nollywood and more – and another on housing – the housing shortage in Africa is a huge opportunity for American businesses. And there are more.

The downward trend in U.S. trade and investment: When we talk about trends, we have examined the numbers carefully. Imports from the oil sector certainly have declined, largely because of shale oil in the United States. But there have been increases in non-oil exports to the U.S. from Africa under Agoa (African Growth and Opportunity Act) - footwear, apparel, value added agricultural products, horticulture.

The United States remains one of the largest investors in Africa, despite all the talk about China. That said, as a percentage of total investment worldwide, the Africa share is very low so there's a lot of room for growth.

Africa is a diverse continent with some countries that are fast growing, some countries that are growing moderately and some that are a bit stagnant. There are a lot of U.S. companies looking at the continent. Some see opportunities in the youth bulge and the growing middle class with greater disposable income. We want to assist these companies any way we can and encourage more to engage.