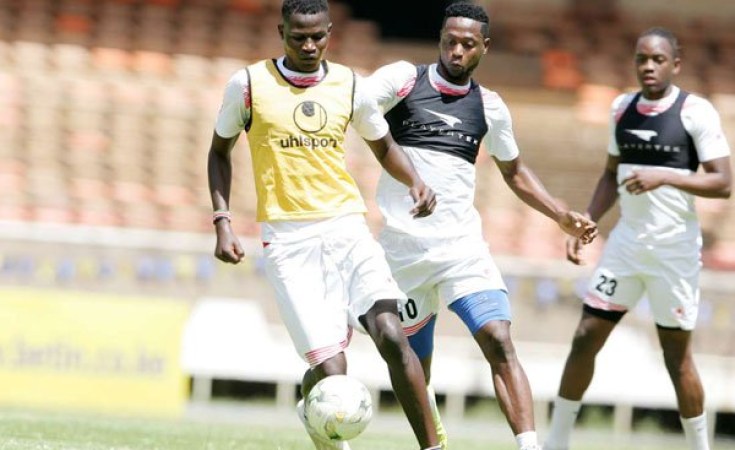 Harambee Stars coach Sebastien Migne's tactical plans for the 2019 Africa Cup of Nations have become clearer after he selected his 23-man squad to do duty at the continental championship.

The French trainer picked three goalkeepers, eight defenders, nine midfielders and three forwards to do duty for Kenya at the biennial tournament in Egypt between June 21 and July 19.

Migne, who worked under the legendary Claude Leroy for six years in the Congo Republic, also dropped four players from the group he's been training at the team's camp in France, including injured duo Brian Mandela and Christopher Mbamba, plus midfielder Anthony Akumu and winger Clifton Miheso.

"My ankle won't be ready and hasn't held up," Mbamba told Nation Sport.

"I sustained the injury while playing for my club and it is the worst timing in the race to play at the tournament. I wish the (selected) team all the best and will be cheering them on in Egypt."

Kenya's next assignment is against Democratic Republic of Congo in Madrid on Saturday, in the final build-up planned by Migne to prepare the side for its Group 'C' assignments versus Algeria, Tanzania and Senegal at the June 30 Stadium in Cairo.

Migne's selection seems to have been arrived at with consideration to the type of opposition that awaits his team in Cairo.

"When you look at the players he (Migne's) has selected, it seems he has appreciated that Senegal and Algeria are better considering quality and experience," said former Harambee Stars coach James Nandwa.

"So he will set up the team to defend more than attack. He's only picked two strikers, but several wingers, midfielders and defenders. You can tell where he expects to play his cards."

Masoud Juma, John Avire, Ovella Ochieng, Paul Were, Eric Johanna and Ayub Timbe are young and energetic ballplayers who possess the potential to dribble with relative ease and then create chances for the main target man of the team in the frame of the lanky Michael Olunga.

In midfield, captain Victor Wanyama and Francis Kahata have the required composure and skill and will act as the bow that sprays the arrow of passes to kick start the counter attacks towards Olunga.

This, just like they successfully did against Ghana's star-studded side consisting of Jordan Ayew, Andre Ayew, Alhassan Wakiso, Thomas Partey and Christian Atsu when the two teams met in the tournament's qualification matches in Nairobi last September.

Patrick Matasi will guard the goalmouth.

'Super Eagles Will Fight Hard To Win AFCON 2019 Title'
Tagged:
Copyright © 2019 The Nation. All rights reserved. Distributed by AllAfrica Global Media (allAfrica.com). To contact the copyright holder directly for corrections — or for permission to republish or make other authorized use of this material, click here.