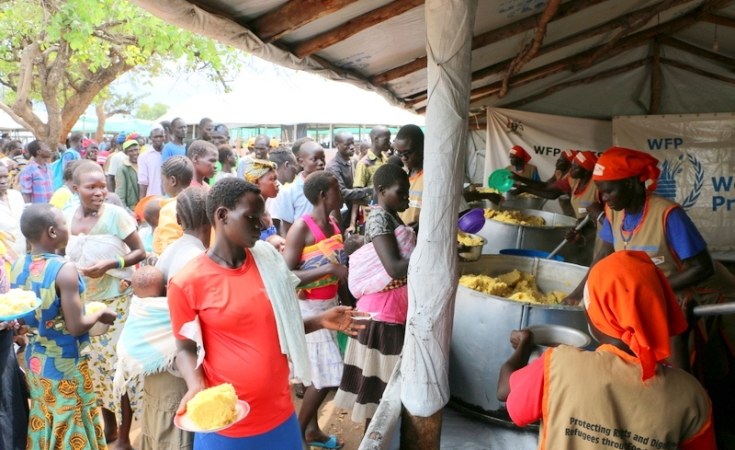 Uganda hosts Africa’s largest refugee population – one and a quarter million people, with two-thirds having fled conflict in South Sudan. Last year’s peace deal raised hopes for some South Sudanese that they could soon return home.  But the fragile peace has discouraged many from leaving Uganda’s refugee camps, despite struggles for adequate aid.

James Gwemawer joined other South Sudanese elders for a board game at the Maaji Refugee Camp in Uganda.

It's been six years since he arrived here after losing his cattle during fighting in South Sudan.

His family scattered to different refugee camps in Uganda, and he's still wondering when they can all go home.

“I need to first witness peaceful resettlement of my people back home, with no war or tribal conflict, before I can return.  But now, I can’t think of going back. Things are still bad, I can’t leave.”

Sixty-three-year-old Madelena Moria hopes to return to South Sudan – one way or another.

“My husband died and was buried in South Sudan.  My other children are buried there.  When I die, I want to be buried beside them.”

There are more than 800,000 South Sudanese refugees in camps just inside Uganda, more than four times the number in 2016.

“We’d never known that at any given time we would host over 1 million people.  We had always oscillated between 200,000 and 300,000. That was what we knew, even at the peak of displacements from DR Congo, from Rwanda and from Burundi.  But when South Sudan collapsed, then we received refugees surpassing millions and that overwhelmed our system,” Ecweru said.

In May, Uganda and the United Nations refugee agency appealed for $927 million in funding to address refugee needs until 2020.

The appeal is complicated by the alleged misuse of aid and the exaggeration of refugee numbers, which prompted the dismissal of four Ugandan officials and launched several investigations.

Joel Boutroue of the U.N. refugee agency also says donors no longer see the situation as an emergency.

For the time being, South Sudanese refugees in Uganda will get by on basic services and wait for the day when it is safe to return home. 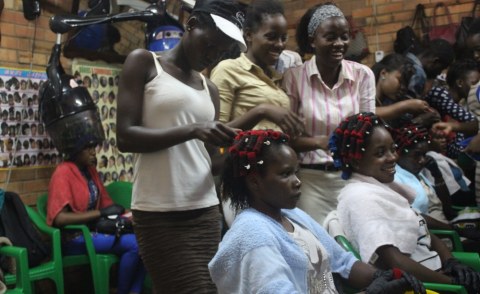 Families Headed by Refugee Children Too Common in Uganda Camps
Tagged:
Copyright © 2019 Voice of America. All rights reserved. Distributed by AllAfrica Global Media (allAfrica.com). To contact the copyright holder directly for corrections — or for permission to republish or make other authorized use of this material, click here.