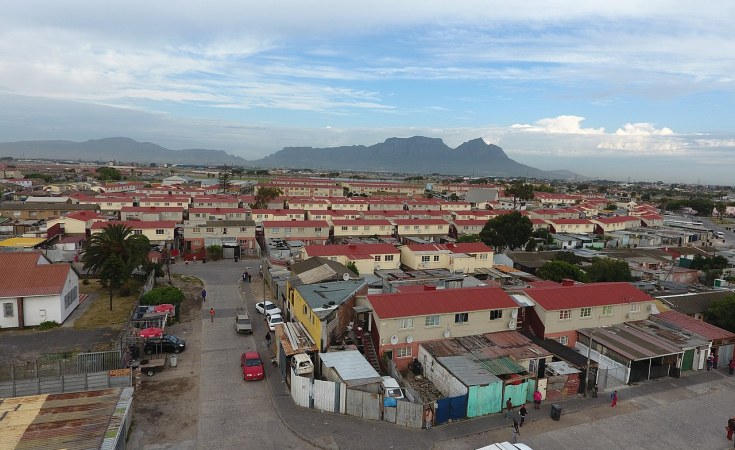 "In the Western Cape, 1,875 people were murdered in the past six months alone," says MEC

The Anti-Gang Unit (AGU) is "not enough" Minister of Police Bheki Cele told the press after a closed meeting at the Samora Machel Public Library in Nyanga on Tuesday. About 40 people had gathered to discuss policing and the crime crises on the Cape Flats.

In May 2018, Minister Cele launched Operation Thunder, a crime prevention operation in Mitchells Plain. In November, President Cyril Ramaphosa launched the Anti-Gang Unit in Hanover Park. Both of these were hailed as successes by police.

The AGU was created for a specific reason but "crime is a moving target," said Cele. He said the violence had spread to a much wider area and the unit will need more resources and personnel.

"This Anti-Gang Unit will be strengthened so that we spread it wider," he said.

On 9 June, Albert Fritz, the Western Cape Minister for Community Safety, released a statement condemning 14 murders that had happened within one week on the Cape Flats.

According to News 24, five people were murdered in Blikkiesdorp in Delft on the evening of 6 June. On 27 May, IOL reported that 5 people were shot dead on a single day during house robberies in Samora Machel.

"In the Western Cape, 1,875 people were murdered in the past six months alone," said Fritz. He said that residents are living in a "war zone".

Although numbers are unclear, Western Cape police commissioner Khombinkosi Jula confirmed that 12 people have been murdered in the Delft policing precinct in June alone. Cele said that although there has been an increase in violent crime recently, things would be much worse without Operation Thunder. He said that he has agreed to meet with Fritz on these issues.

After the meeting, Bongani Maqungwana, spokesperson for the Samora Machel CPF said that the meeting was important as "shortfalls" and "gaps" with the new police station -- launched in Samora Machel in December 2018 -- needed to be addressed. Maqungwana said that policing shortfalls included human and vehicle resources and response times.

After the meeting Maqungwana said that CPF members were happy because they told the minister and the SAPS management their issues and were assured that these "gaps" would be closed.