Uganda: Second Person Dies of Ebola in Kasese As Cases Rise to 10 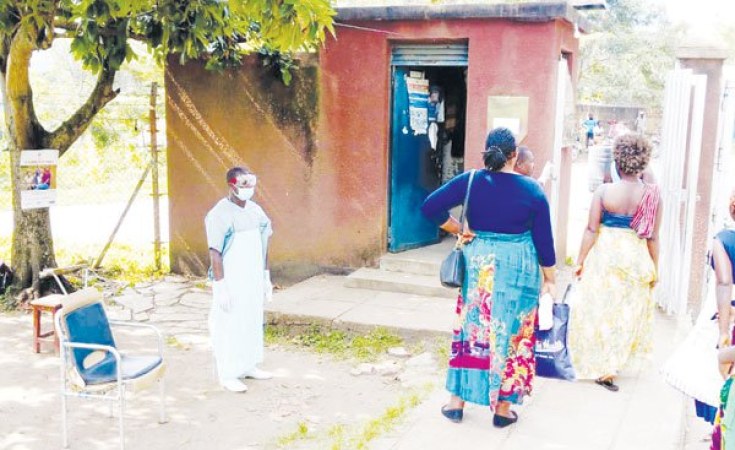 Photo: Enid Ninsiima/Daily Monitor
Health workers screen patients before they enter the Bwera Hospital in Kasese District where an isolation unit has been set up to handle Ebola cases.
The Monitor (Kampala)
By Lilian Namagembe

The grandmother of a five year old boy who died of Ebola yesterday has also passed on.

The late reportedly died at around 6pm at Bwera General Hospital where an isolation facility was established for Ebola patients to be treated.

"She will be buried tomorrow by our team after identifying a place," a source among the Ministry of Health team which travelled to Kasese today told Daily Monitor. He however declined to be named because they are not authorized to speak to the press.

Health Ministry Spokesperson Mr Emmanuel Ainebyoona was hesitant to comment on the matter while Dr Jane Ruth Aceng the Health Minister did not pick our calls to confirm the case.

The Ebola outbreak which has ravaged the neighbouring DRC for the last one year was Tuesday confirmed in Uganda in the western border district of Kasese.

Health Minister Dr Jane Ruth Aceng, said there are more seven suspects, including two men, two women and a six-months-old baby, who came from the DR Congo. All the cases are at the isolation facility.

Uganda to Repatriate Ebola Patients Back to DRC

11 Things Government Is Doing to Contain Ebola Outbreak in Kasese

DR Congo Ebola Outbreak Still Not a Global Emergency, WHO Says
Tagged:
Copyright © 2019 The Monitor. All rights reserved. Distributed by AllAfrica Global Media (allAfrica.com). To contact the copyright holder directly for corrections — or for permission to republish or make other authorized use of this material, click here.