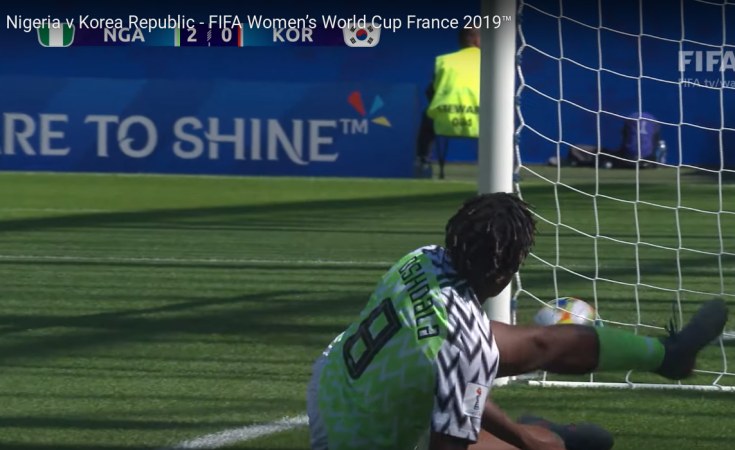 Asisat Oshoala sealed the victory for the Super Falcons of Nigeria in their 2-0 win over South Korea on Wednesday at the ongoing FIFA Women's World Cup in France.

Oshoala, with Wednesday's goal, became the second Nigerian woman to score at two different World Cup editions, following in the footsteps of Rita Nwadike who scored in 1995 and 1999.

The Super Falcons were mauled 3-0 in their opening game at the World Cup against Norway and they were aware that nothing short of victory in Wednesday's game would help their chances of still staying on at the World Cup in France.

After failing to convert earlier chances, the Super Falcons shot into the lead in the 29th minute when Korea's D.Y Kim turned the ball into her own net.

The Koreans who were also pummeled 4-0 in their opening game against France tried hard to pull level but they were denied.

In the second half, Oshoala ensured that Nigeria secured maximum points when she expertly scored the second goal for the Falcons in the 75th minute.

The Barcelona star could have doubled her tally afterward but a bad touch denied her the honour.

That nonetheless, the Falcons held on for a famous win that should help them go beyond the group stage of the World Cup for the first time since 1999. 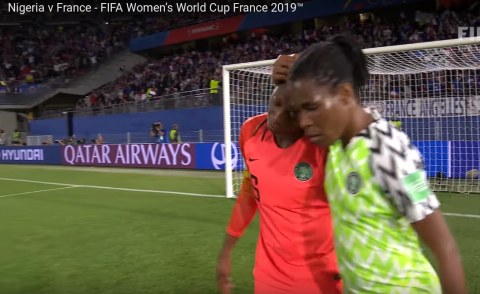 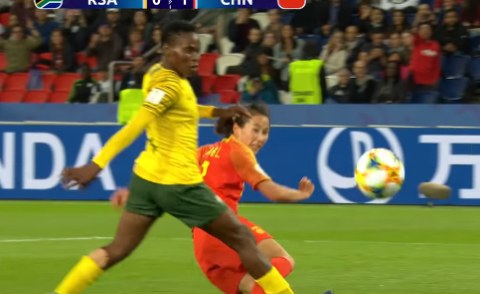 China Hand South Africa's Banyana Second Loss in World Cup
Tagged:
Copyright © 2019 Premium Times. All rights reserved. Distributed by AllAfrica Global Media (allAfrica.com). To contact the copyright holder directly for corrections — or for permission to republish or make other authorized use of this material, click here.