Zimbabwe: I Am Ready to Talk - Chamisa Pleads With Mnangagwa 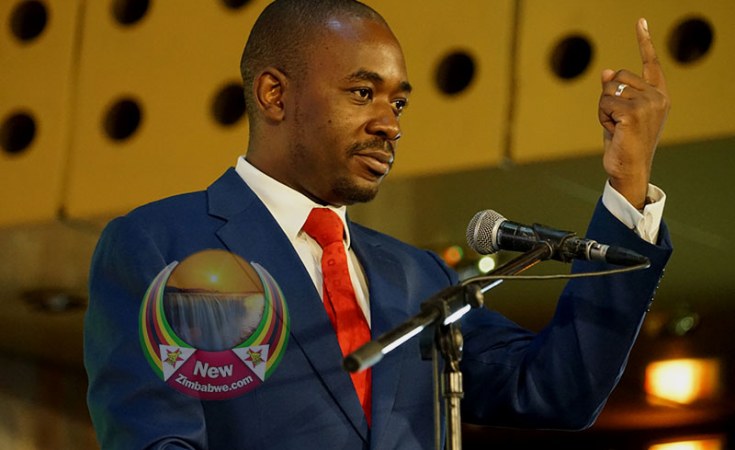 MDC leader Nelson Chamisa has indicated he is willing to talk to President Emmerson Mnangagwa in order to move the country forward if the dialogue does not result in him being part of government.

Chamisa told thousands of party supporters gathered to mourn Glen View South MP, Vimbai Tsvangirai-Java in the sprawling high density suburb Wednesday that Zimbabwe will continue to go in circles if the political crisis is not resolved.

"For this country to move forward, we have to resolve the political dispute in this country, around the issue of elections.

"If we don't resolve that, the country will move in a merry-go-round and the country will not move forward because there is no synthesis or national consensus on the way forward," Chamisa said.

Mnangagwa won last year's presidential elections but the result was disputed by Chamisa who claimed it had been rigged in the Zanu PF leader's favour. Chamisa has maintained he won the elections and should be given power to government despite his petition to have the results overturned by the Constitutional Court being rejected by a full bench last year.

While the MDC leader has insisted that any dialogue with Mnangagwa should begin with a political resolution of the Zanu PF leader's legitimacy, Chamisa suggested he was ready to push aside his demands.

"A divided country will not stand. And we have said, we are ready to dialogue with you Cde Mnangagwa, not for my purpose. Not for power sharing but sharing of ideas. An idea whose time has come and an idea for change," said Chamisa.

Mnangagwa has invited Chamisa to a dialogue platform that includes all candidates to last year's presidential poll but the youthful opposition leader has rejected the overture. Instead he has demanded a face-to-face meeting with his arch-rival that Mnangagwa has not yet responded to.

Chamisa in his plea drew parallel with Zimbabwe's situation after the inconclusive and bloody 2008 elections that forced arch-enemies former President Robert Mugabe and then MDC leader Morgan Tsvangirai to the negotiating table.

"Mugabe was able to dialogue with Morgan Tsvangirai even after he (Tsvangirai) had been beaten to a pulp in Highfield. Tsvangirai was able to say his pain was nothing when compared to the national pain.

"My wish is if Mnangagwa could see the wisdom that this young man (Chamisa) possesses, imbibed from Tsvangirai to make sure that you always have to put the nation ahead of your personal interests," said Chamisa.

"But he (Mnanagwa) doesn't listen. I am talking politics here because Vimbai was a politician. She wanted everyone to have a good life, not what we have, a country with no water."

The MDC leader added: "There is no country that should run short of electricity, but what is obviously lacking in this country is the electricity to power their minds. This is what they lack. Why do we have a country so rich in resources and yet so poor in what we have."