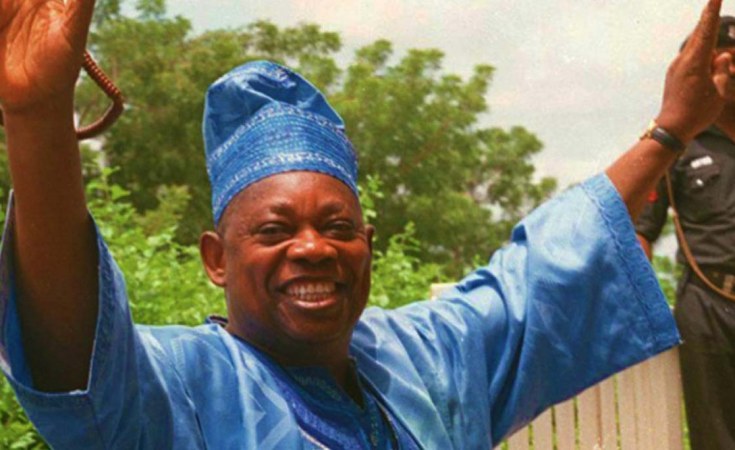 Abiola won the 1993 general elections and was detained by the then military regime after he declared himself president on June 11, 1994.

Fayose, a member of the People's Democratic Party (PDP), said Obasanjo's ego stopped him from honouring Abiola whom he benefitted from his struggle for democratic rule in Nigeria.

Buhari on Wednesday renamed Abuja National Stadium after the late Chief MKO Abiola during his Democracy Day speech at the Eagle's Square, Abuja.

Obasanjo, who was Nigeria's first president since the return of democratic rule, led the country from 1999 till 2007 but did not acknowledge Abiola's acclaimed victory of the June 12, 1993, election.

Fayose before his time as Ekiti State governor often criticised Obasanjo. He also a critic of incumbent President Muhammadu Buhari, whom he praised for declaring June 12 as Nigeria's Democracy Day and renaming Abuja National Stadium as MKO Abiola Stadium.

"-It remains a sore-point of his political history that because of ego, Obasanjo, who's the greatest beneficiary of the June 12, 1993 struggle failed to honour his kinsman, MKO Abiola," Fayose said, "So, I commend President Buhari."

President Muhammadu Buhari announced that June 12 will be Democracy Day to honour Abiola on June 6, 2018.

The bill was passed by the National Assembly almost a year after Buhari announced that June 12 would replace May 29 for Nigerians to commemorate the return of democratic rule.