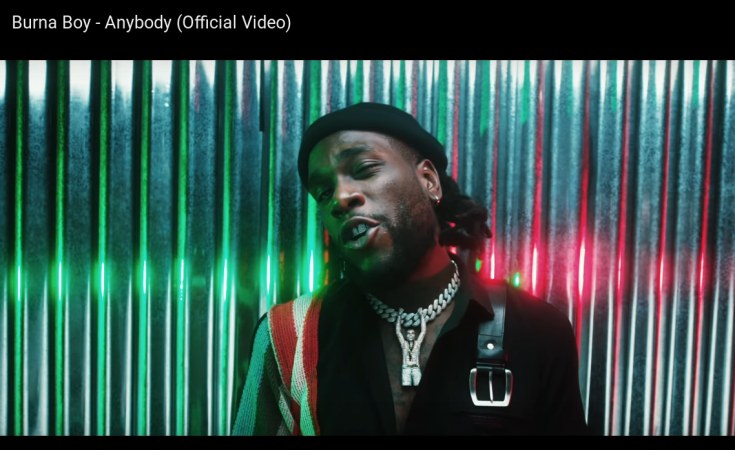 BurnaBoy/YouTube
Burna Boy in his new video Anybody.
The Guardian (Lagos)
By Violet Johnson

Burna Boy, who is currently on his African Giant tour has released a new single 'Anybody'.

In what may be the most personal song we have heard from the afrofusion artiste in recent months, 'Anybody' addresses respect, growth, reputation, and, more importantly, recognizing who you are and taking charge.

The visuals for 'Anybody', are a bit different from Burna Boy's previous offerings. Here, he is front and centre in almost every scene, establishing himself as the star of the show. True to his craft, he sends a subtle message about freedom of expression with his lyrics and the visuals for the single.

"Anybody" is also the latest taste from a new body of work following "Dangote," "On The Low," and "Killin Dem" with Zlatan and follows his explosive joint EP with production duo DJDS, Steel & Copper.