Uganda: WHO Emergency Panel Meets On Ebola After Uganda Deaths 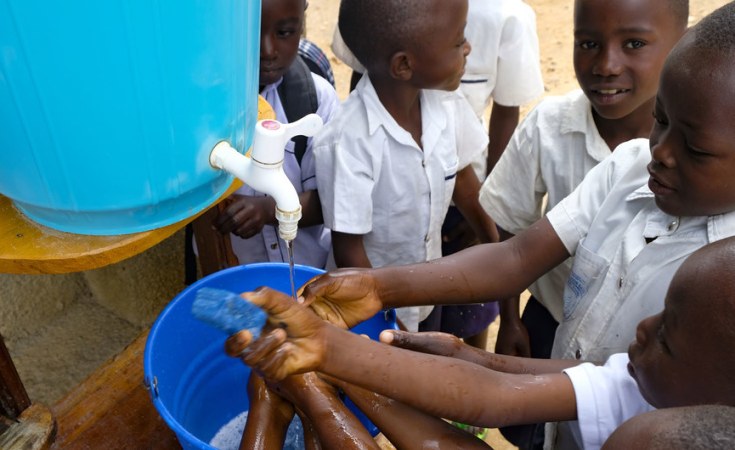 The World Health Organization emergency committee will decide Friday whether to declare a raging Ebola epidemic an international threat, after an outbreak that began in Democratic Republic of Congo crossed into Uganda.

The WHO panel, which was formed in 2005, has used the label "public health emergency of international concern" for only four previous epidemics.

Those emergencies included the H1N1, or swine flu, pandemic of 2009, the spread of poliovirus in 2014, the Ebola epidemic that devastated parts of West Africa from 2014 to 2016 and the surge of the Zika virus in 2016.

The current Ebola crisis, which began in eastern DRC in August, has recorded more than 2,000 cases, two-thirds of them deadly.

The WHO panel, officially known as the International Health Regulations and Emergency Committee, has met twice already on the current DRC outbreak.

It held off making the emergency call at previous meetings in October and April, in part because the virus had not spread internationally.

That changed this week with confirmation that Ebola had reached western Uganda, where it has claimed two lives so far.

A Congolese woman -- who is married to a Ugandan -- as well as her mother, three children and their nanny had travelled to DRC to care for her ill father, who later died of Ebola.

The WHO said 12 members of the family who attended the burial in Congo were placed in isolation in the DRC, but six "escaped and crossed over to Uganda" on June 9.

The next day, a five-year-old was admitted to hospital in Bwera, a border town, vomiting blood before he died. Tests confirmed he had Ebola and the family was placed in an isolation ward.

His three-year-old brother was also confirmed to have Ebola, as was their grandmother, who died late Wednesday.

The mere fact that cases have crossed a border does not automatically compel the WHO panel to make the emergency declaration, especially as the epidemic is still confined to one contiguous region.

But invoking the emergency provisions will entail additional measures to manage the outbreak, including a possible call for "immediate international action", according to the UN health agency.

Health officials had initially hoped that a new vaccine would help contain the outbreak.

But chronic violence and militia activity in the affected eastern DRC provinces of Ituri and North Kivu as well as hostility to medical teams among some people in the region have hampered the response.

Some of the latest violence has hit the Ituri's Djugu territory, where clashes have killed at least 50 people since Friday, a regional official said.

The cause of the flareup was not immediately clear, but it occurred in a region where tens of thousands died in clashes between the Hema and Lendu ethnic groups between 1999 and 2003.

Meanwhile, new research from Cambridge University released on Thursday indicates that half of all Ebola outbreaks have gone undetected since the virus was discovered in 1976.

"The unfolding epidemic in the DRC demonstrates how difficult it is to stop the disease once it has got out of control, even with international intervention," Emma Glennon from Cambridge's department of veterinary medicine said in a statement

Second Ebola Death in Uganda, As Virus Spreads From DRC

Govt Denies Reports of Ebola Case in Nigeria
Tagged:
Copyright © 2019 The Citizen. All rights reserved. Distributed by AllAfrica Global Media (allAfrica.com). To contact the copyright holder directly for corrections — or for permission to republish or make other authorized use of this material, click here.