Johannesburg — Missionary Renee Bach, who runs a local non-governmental organisation called Serving His Children in eastern Uganda, is being accused of representing herself as a doctor, and treating children in her care. She allegedly took children with malnutrition from local hospitals to "treat" them at her organisation - and some of them died.

Gimbo Zubeda and Kakai Rose from Masese in Jinja District alongside civil society organisation, Women's Probono Initiative, are suing Bach for the actions they allege led to the death of their children while in her care.

The two women say that they were led to believe that Renee Bach was a medical doctor and that her home was a medical facility as she was often seen wearing a white coat, a stethoscope and often administered medications to children in her care. They say they learned that Bach had no training at all in medicine after their children died. They also found out that in 2015, the District Health Officer had closed her facility and ordered her to not offer any treatment to any children.

So how then did an American missionary without any medical qualification end up allegedly performing medical procedures and giving treatment to children even after her facility was ordered to shut down?

'There are procedural and regulatory mechanisms that ought to be followed when establishing a medical facility in Uganda. Even so the law provides for licensing agencies and protocols for who should practice medicine in Uganda. It is unacceptable, narcissistic behavior, for any one, black or white, rich or poor, missionary or angel to pass off as a 'medical practitioner' when they are not," says Beatrice Kayaga, an officer at the Women's Probono Initiative.

The complainants are asking the Jinja High Court in Uganda to shut down Bach's organisation. They say the actions of Bach led to the death of over 100 children, "violating their right to access adequate treatment, the right to health of the children, the right to life, the right to be free from discrimination on the basis of race and social economic standing and the right to dignity, freedom from torture, inhuman and degrading treatment".

The Serving His Children NGO responded to an article written by Sarabeth Caplin in 2018 accusing Christian Missionary for "Playing Doctor" With No Training.

"At no time has our founder, Renee Bach, presented herself as a medical professional, experimented on or caused the death of any child. Having been trained by medical professionals to start IVs, Ms. Bach has in the past provided assistance in such procedures when requested and currently serves in an administrative capacity and participates in fundraising for the organization" - Lauri Bach, the U.S. Director for Serving His Children.

A group called No White Saviors (NWS) has taken to social media to raise awareness of this case, and has asked for help in bringing charges against Bach in the U.S.. The group posted pictures of two children with visible scars they say were caused by Renee Bach's botched care.

‏@nowhitesaviors "Some of #ReneeBach 's victims are still alive. This is Patricia, left permanently disfigured after a botched blood transfusion performed by Renee. She didn't cross-match the blood, because she's not a medical professional, child had horrible reaction & now lives with these scars."

‏@nowhitesaviors "This is Maasai. He has been left with irreversible physical and mental disabilities because of #ReneeBach 's botched medical experimentation. Former staff and the family of Maasai report that Renee Bach was the one to treating their child at @servinghis"

‏@nowhitesaviors "Renee Bach is absolutely hiding in the U.S. She did not even show up for court in Jinja in March.

@nowhitesaviors "It was well over 100. Legally we name that number because there is an open human rights case that our team of lawyers have filed here in Uganda. We are very weary of their ability to pay off authorities here and are ready to pursue charges in U.S. against her and her 501c3."

The response on social media has been cutting:

@Emiko Appledad_ "This is extreme white privilege and she should be held accountable for her actions legally. Black babies are not your medical testing subjects and I don't care what God you're serving while doing so."

@sneha_dodab "Profiting of the innocence and helplessness in children in rural Uganda? This screams white savior complex and is absolutely horrific. It hurts my heart EVEN more that when I google #ReneeBach that NOTHING regarding the consequences of her crime against humanity pops up."

@joycetreasure "The white saviour complex #ReneeBach needs to be held accountable. This demonstrates how insidious the savior complex is, so much so that the authorities allow this to continue and social media becomes the tool to highlight the killing of African babies."

Renee Bach's whereabouts are unavailable, and there have been reports that she didn't show up for her court date in March, 2019.

Note: this story has been edited for clarity. - allAfrica

American Woman Accused of Causing Death of Babies Speaks Out 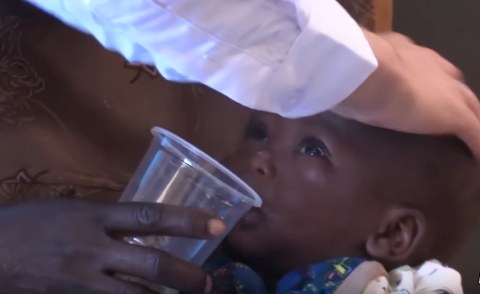 British Man Charged With Poisoning Ugandans With 'Miracle Cure'
Tagged:
Copyright © 2019 allAfrica.com. All rights reserved. Distributed by AllAfrica Global Media (allAfrica.com). To contact the copyright holder directly for corrections — or for permission to republish or make other authorized use of this material, click here.