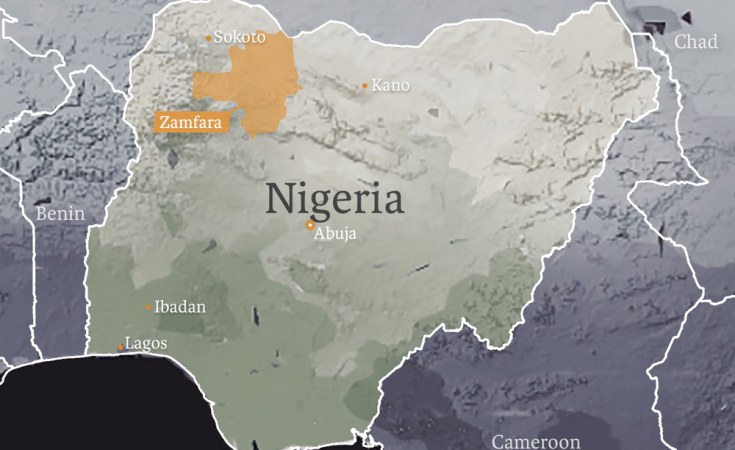 IRIN
In Zamfara State years of unrest have claimed thousands of lives and driven whole communities into destitution.
The Guardian (Lagos)

The Zamfara Police Command yesterday confirmed the killing of 34 persons by bandits in an attack on Tungar Kafau and Gidan Wawa communities in Shinkafi Local Council of the state.

The Public Relations Officer (PRO), SP Muhammad Shehu, in a statement obtained by the News Agency of Nigeria (NAN) in Gusau said the incident occurred at the weekend.

He added that CP Usman Nagogo was among the Deputy Governor Mahadi Aliyu-Gusau-led government delegation that visited the affected villages during the burial of the victims.

His words: "The CP has already directed the combined security personnel deployed to improve and sustain the ongoing bush combing of the affected areas and its environs for possible arrest of the perpetrators of the dastardly act.

"He further directed the Command Criminal Investigation Department (CID) to conduct discreet investigations with a view to unravelling the circumstances behind the crime.

"Whoever is involved in this dastardly act will be made to face the full wrath of the law. Normalcy has been restored in the affected communities."

The spokesman said the command in collaboration with other security agencies had made adequate security arrangements for all villages and communities in the state.

He appealed to the public to always give the police credible and timely information as well as report strange and suspicious characters for prompt action.

Also, a combined team of operatives from the Special Anti-Robbery Squad (SARS) and the Ohaji Division, under the code name, PUFF ADDER Imo State Command, at the weekend raided a suspected kidnappers' den in Umuokanne, Ohaji /Egbema council area of the state, rescuing a victim, Uchenna Okeke Kingsley, and arresting a suspect, Kelechi Darlington, from Amaimo, Ikeduru local council.

A statement by the command's Public Relations, SP Orlando Godson Ikeokwu, said Uchenna, who sustained wound in the hands of his captors, was receiving treatment in an undisclosed hospital.

In a similar vein, some female passengers of a commuter bus were reportedly raped and abducted at the weekend by rampaging herdsmen who attacked their vehicle at Ugbawka in Nkanu East local council of Enugu State.

The attackers reportedly blocked the popular Science School end of the Agbani-Ugbawka highway, shot at the bus and deflated one of its tyres before holding the occupants hostage at gunpoint.

It was gathered that after robbing the passengers of their valuables, the suspected nomads escaped with the female occupants into nearby bush.

But the police in the state, while confirming the incident in a statement by the public relations officer, Ebere Amaraizu, said only three female occupants were taken away and had been rescued from their captors without ransom payment.

UK Cautions Citizens Travelling to Nigeria
Tagged:
Copyright © 2019 The Guardian. All rights reserved. Distributed by AllAfrica Global Media (allAfrica.com). To contact the copyright holder directly for corrections — or for permission to republish or make other authorized use of this material, click here.