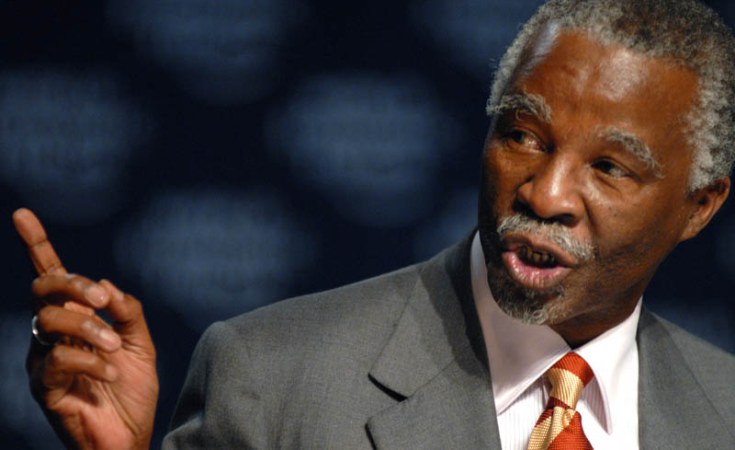 Former South African president Thabo Mbeki has said President Mnangagwa is correct in convening the Political Actors Dialogue (POLAD) despite winning the 2018 harmonised elections, and advised other African countries to follow such a noble initiative.

He expressed frustration that the opposition leader was intransigent despite the outcome of the elections and the Constitutional Court ruling, removing the basis of Mr Chamisa's claims of the supposed illegitimacy of the winner.

"So, I'm saying that something should happen because what President Mnangagwa has done is correct and I'm saying MDC agreed in principle to this, so let them find a way together because you go through the courts as happened in Zimbabwe and as happening in Malawi to resolve whatever are the contested things, but after that you must address this matter," he said.

Mr Mbeki -- who is no stranger to Zimbabwean affairs having mediated the inter-party dialogue that led to the formation of the inclusive Government in 2009 -- urged compatriots to come together and work towards a better Zimbabwe.

He said the call for dialogue, as well as unity of purpose shown by President Mnangagwa to resolve political and socio-economic issues affecting the country, was the way to go and every Zimbabwean should be involved.

President Mnangagwa is on record as calling for all peace-loving Zimbabweans to come forward with views and other developmental ideas that can make Zimbabwe a great nation again.

"For us we are trying to develop our countries, you need maximum unity to address a number of challenges, so it can't be enough that I won the election and that's it," he said. "So, I'm saying the initiative such as has been taken in Zimbabwe is correct and I hope the Zimbabweans will indeed be able to get together including the MDC.

"The MDC must be part of that process, it's important as a continent that we deal with this matter."

The political dialogue initiated by President Mnangagwa is being attended by almost all of the parties that fielded presidential candidates in last year's harmonised elections.

President Mnangagwa said at a meeting to chart the way forward with fellow participants in the dialogue that a few parties that started the process, but later pulled out were coming back knocking to be re-admitted.

At the same meeting, he gave an update on the process, saying the efforts of coming together by Zimbabweans to proffer solutions to problems facing the country were being recognised by outsiders and development partners.

Fellow participants have been appealing for unity, peace and an end to economic sanctions.

But Mr Chamisa deliberately seems to broaden the chasm by openly calling for further protests which in the past have led to violence.

He is also a firm supporter of the debilitating sanctions imposed on Zimbabwe by some Western countries.

Apart from boycotting the political parties' dialogue, Chamisa is also refusing to acknowledge President Mnangagwa as the legitimate winner of last year's harmonised polls as announced by the Zimbabwe Electoral Commission (ZEC) and confirmed by the Constitutional Court.

Last year, South African opposition leader Mr Julius Malema appealed to Mr Chamisa during an SABC News interview to accept the poll outcome, saying he could not claim to be the winner on the basis of attendance at rallies.