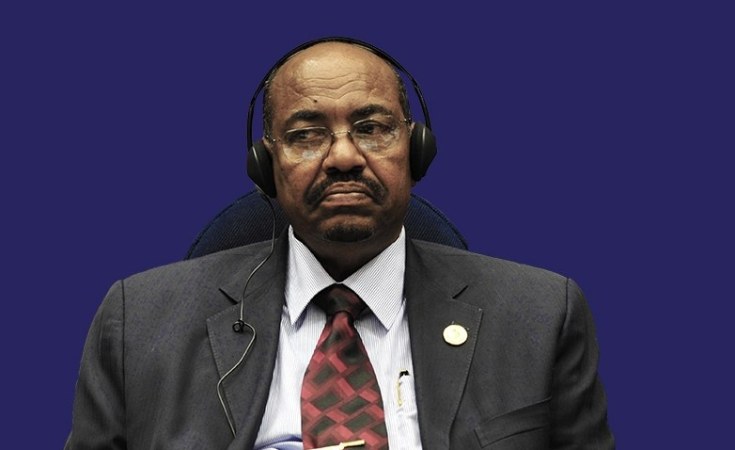 Fallen Sudanese leader Omar al-Bashir was seen in public on Sunday, his first appearance since being ousted in April, as he was driven in an armed convoy to the prosecutor's office to face charges of alleged corruption.

Dressed in a white traditional robe and turban, Bashir rode in a heavily-armed convoy from the notorious Kober prison in the Sudanese capital Khartoum to the prosecutor's office.

Prosecutor Alaeddin Dafallah told reporters that the ousted president had been informed that he was facing charges of "possessing foreign currency, corruption and receiving gifts illegally".

In a parallel development, a general from the country's new ruling military council vowed that those who carried out a violent crackdown at an iconic protest site that left dozens dead earlier this month would face the death penalty.

Thousands of protesters who had camped outside Khartoum's military headquarters for weeks were violently dispersed by armed men in military fatigues on 3 June, according to witnesses.

At least 128 people have been killed in the crackdown on demonstrators, the majority the day the sit-in was cleared, according to doctors linked to the protest movement.

The health ministry put the 3 June death toll nationwide at 61.

Protesters and witnesses accuse the feared paramilitary group, the Rapid Support Forces, of carrying out the assault on demonstrators.

The 30 Years of Bashir Repression, Recasting of Sudan's Character

Sudan's Turmoil Disrupts Life at Home and Relations Abroad
Tagged:
Copyright © 2019 Radio France Internationale. All rights reserved. Distributed by AllAfrica Global Media (allAfrica.com). To contact the copyright holder directly for corrections — or for permission to republish or make other authorized use of this material, click here.