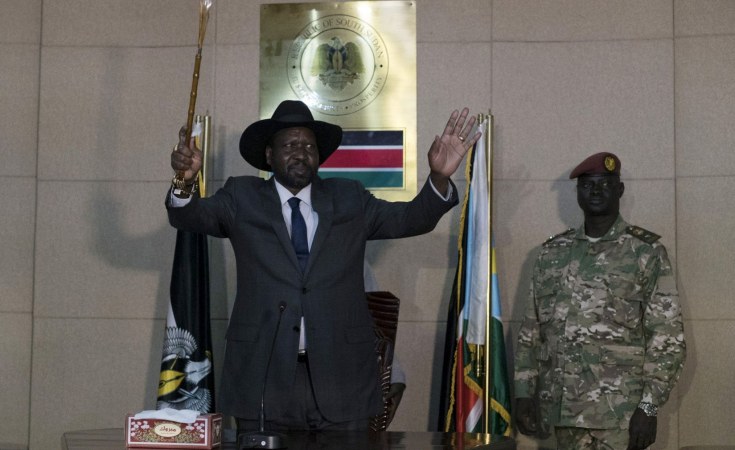 Nairobi — South Sudan President Salva Kiir is scheduled to make a State Visit to Kenya where he is expected to hold talks with President Uhuru Kenyatta on trade cooperation and investment.

"We have tasked our teams to begin negotiations on various areas including the area of economic cooperation and investment, the area of political cooperation and also the areas relating to our migration and citizenship issues ahead of President Kiir's State Visit," said Juma.

South Sudan's Foreign Affairs Minister said the meeting between the two heads of state is key to fostering better diplomatic and trade relations between the two countries.

"Our meeting was very productive and we look forward to having a mutually beneficial relationship that does not undermine the other's sovereignty or security of the citizens," he said.

The two diplomats did not reveal the substantive date for the visit saying teams from respective countries were working on issues to be covered during the official visit, which will be Kiir's first State Visit to Kenya.

President Kenyatta however asked the Sudan leadership to show more willingness and selflessness in resolving issues that are denying their people the opportunity of enjoying peace.

Kenya has major interests in Juba having helped broker a 2005 peace agreement between the country and her northern neighbor, Sudan, leading to the independence of South Sudan in 2011.

Hundreds of Kenyan firms including banks and insurers have set camp in South Sudan, attracted by the country's economic prospects in the oil industry.

However despite the oil wealth, the government is still fighting rebels who have dimmed its short-term economic outlook.

Kiir however said that he looks forward to a future where South Sudan will become prosperous and play a bigger role in the affairs and unity of Eastern Africa.

Diplomatic relations between the two eastern African countries have also been improving.