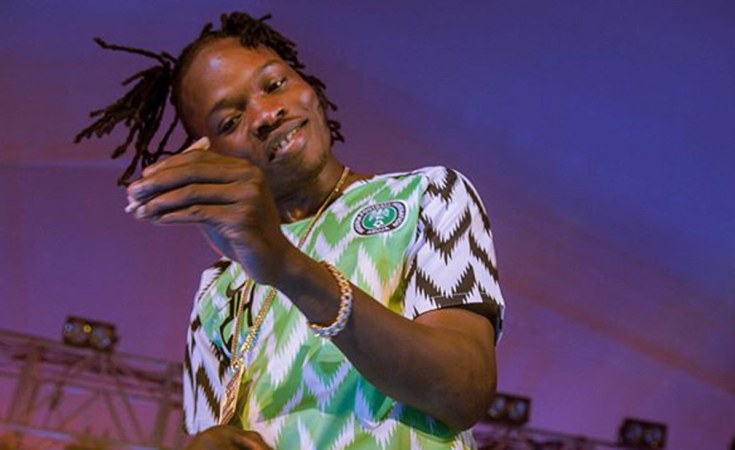 Nigerian singer, Naira Marley, who recently regained freedom after being remanded for over a month has said he would help defenceless prisoners.

The 30-year-old singer said this on his Instagram page.

The singer disclosed that he was moved to act after he met an inmate who has been in prison for nine years without being charged to court.

He added that another inmate was imprisoned because he was in a relationship with a rich woman's daughter and she got him imprisoned for refusing to leave her daughter.

The 'Opotoyi' singer then posted that he could not change Nigeria alone but together he believed it was possible.

"I have to help a lot of ni**gas I met in jail. I met one guy, he has been in jail for 9 years, never been to the court, as in they haven't even found him guilty. What if he is not even guilty?" he wrote.

"I met another nigga in jail. Been in jail for over two years because he was in a relationship with one rich woman's daughter and the woman locked him up for not leaving her daughter," he wrote.

Meanwhile, on Sunday, Naira Marley said he went to prison as a form of sacrifice for cybercriminals popularly known as yahoo boys.

He added that yahoo boys owe him for his imprisonment in a live video on Instagram.

Naira Marley was released 14 days after Justice Nicholas Oweibo granted him bail with a condition of two sureties in like sum on May 31.

He is facing 11 counts bordering on cybercrime for allegedly conniving with one Yad Isril (at large) to use an Access card issued to other persons in a bid to obtain money; an offence contrary to Section 27(1) (b) of the Cybercrime Prohibition, Prevention Act of 2015.

Nigerians Seek Protection for Journalist Who Exposed Rot in Jails
Tagged:
Copyright © 2019 Premium Times. All rights reserved. Distributed by AllAfrica Global Media (allAfrica.com). To contact the copyright holder directly for corrections — or for permission to republish or make other authorized use of this material, click here.