Nigeria: NDI/IRI Report - 2019 Elections Did Not Meet Expectations of Nigerians 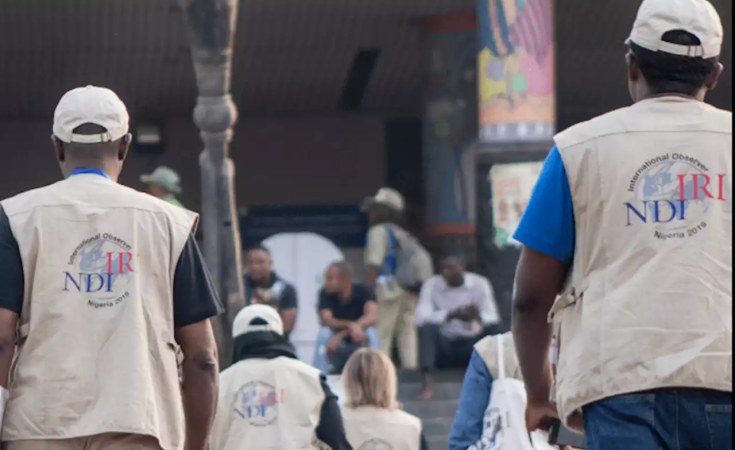 Abuja — Like the European Union Election Observation Mission (EU-EOM) that slammed the outcome of the 2019 general election, two United States Institutes that monitored the elections said the polls did not meet the expectations of Nigerians.

In their Joint report released on Tuesday, the National Democratic Institute (NDI) and the International Republican Institute (IRI) said that 2019 general election was marred by irregularities such as intimidation of voters and electoral officials, vote-buying, and election-related violence.

The report also condemned the suspension of the former Chief Justice of Nigeria, Walter Onnoghen, ahead of the election, basing its condemnation on the fact that the judiciary plays a crucial role in post election matters.

The joint report released Tuesday in Abuja said, "Although many new political parties nominated candidates for the 2019 elections, the polls were largely a contest between the incumbent All Progressive Congress (APC) and the People's Democratic Party (PDP). The APC hoped to renew the mandate of President Muhammadu Buhari and consolidate its majority in the National Assembly and of governorship. However, the party faced internal wranglings and defections of some key figures in the months to polls.

"The PDP fielded former Vice President Atiku Abubakar as its standard bearer and, entering the process for the first time as an opposition party, challenged the APC record, claiming the ruling party had not kept its campaign promises to fight corruption, improve security and boost the economy.

"But the IRI/NDI observation mission concluded that the 2019 elections did not meet the expectations of many Nigerians".

On security and election related violence, the report said, "Ahead of the 2019 polls, the poor security situation in Nigeria, mainly attributed to Boko Haram's resurgence in the North East, inter-communal violence in the Middle Belt and widespread crime and banditry, raised concerns about the safety of voters and candidates.

"Increased politically motivated violence and conflict in the pre-election period was also a concern, especially around political party primaries in some areas and with some alleged POW"!

The report further said, "To many Nigerians, the 2019 elections - the sixth since the country's 1999 transition back to civilian democratic rule -were an opportunity to consolidate democratic gains and build on sound electoral practices. Significant improvements in the administration of the 2011 and 2015 elections boosted expectations the 2019 electoral process. Moreover, Nigeria's first peaceful transfer of power between political parties following the 2015 elections underscored for Nigerians that credible elections matter".

The joint report further said that the last-minute postponement of the presidential and National Assembly elections on Feb. 16 showed that INEC had underestimated challenges associated with the administration of the elections.

According to the report, "The commission did not communicate sufficiently with political parties and the public about election preparations. Such a late postponement likely depressed voter turnout and created confusion about the duration of candidate and party. Most significantly, the delay also undermined public confidence in INEC."

How WhatsApp Influenced Nigeria's Election - Report
Tagged:
Copyright © 2019 This Day. All rights reserved. Distributed by AllAfrica Global Media (allAfrica.com). To contact the copyright holder directly for corrections — or for permission to republish or make other authorized use of this material, click here.