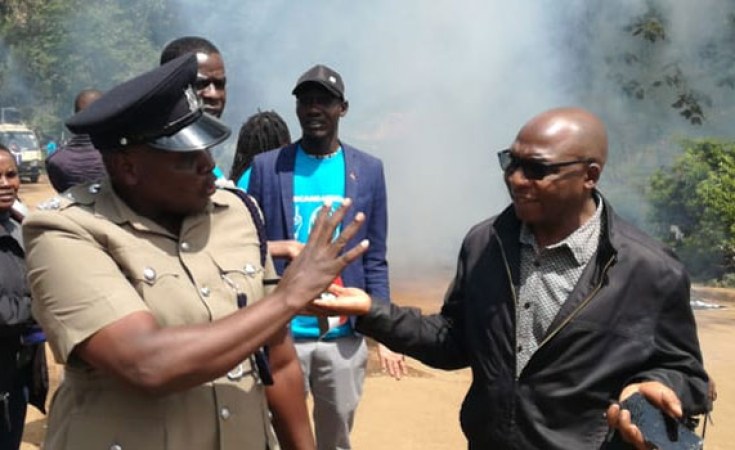 The activists led by Kenya Human Rights Commission Executive Director George Kegoro had just started the march, hoping to deliver a petition to Parliament, when police tear-gased them.

The defiant protesters who were joined by Sudanese nationals living in the country however declined to disperse and instead started singing Kenya's national anthem while others started chants against the continued military rule in Sudan.

According to Kegoro, police had been notified of the march and even granted the protesters a permit.

Central Officer Commanding Station Simon Kerich however restricted the gathering by the protesters to Uhuru Park.

The activists were protesting the recent killing of at least a hundred civilians by the Sudanese security forces early this month when the military cracked down on a sit-in by pro-democracy protesters, outside army headquarters in the Capital Khartoum.

Previous Story
Briefing by the U.S. Assistant Secretary of State for Africa on Sudan
Next Story
Activists in Nairobi to Stage Solidarity March Over Khartoum Killings

Briefing by the U.S. Assistant Secretary of State for Africa on Sudan

Activists in Nairobi to Stage Solidarity March Over Khartoum Killings

Ethiopia Mediator to Hand Over Proposal on Sudan Political Crisis
Tagged:
Copyright © 2019 Capital FM. All rights reserved. Distributed by AllAfrica Global Media (allAfrica.com). To contact the copyright holder directly for corrections — or for permission to republish or make other authorized use of this material, click here.