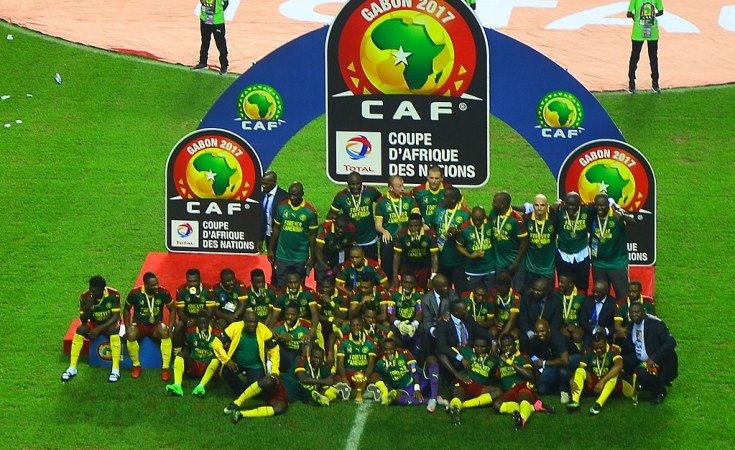 Every continent has its month in the sun. For Europe, it happens every four years, but for Africa and South America, it is a biennial event.

Already, all the good teams in South America have started the journey to decide which is the best among equals in that continent. The competition, Copa America, is holding in Brazil.For Africa, the competition will hold from June 21 to July 19 in Egypt with 24 teams contesting for the trophy currently held by Cameroun. And the organisers have promised everybody interested in the competition one of the best fiestas

Yesterday, President of the Africa Cup of Nations, Nigeria's Amaju Melvin Pinnick assured the continent that the competition will be a roaring success despite being the biggest-ever event in the history of the championship. Pinnick, who is the first-ever Nigerian to head the organizing committee for the biggest football championship in the continent, arrived in Cairo at the weekend to oversee the event.

After checking the arrangement and facilities for the competition, he said: "I am delighted at the general arrangements. The variables and specifics we agreed on in our meetings over the past months have been brought to life by the local organizing committee and the staff of CAF. Everything looks great.

"Of course, there have been concerns in several quarters over the little time that the Egyptians had to prepare for the competition, but we could all see from the show they put up hosting the Draw Ceremony that they are always ready for the big event. I have confidence that all will go pretty well."

Egypt 2019 is the biggest AFCON in history, with 24 teams to battle for honours over a period of 28 days. It's a pretty long way from the beginning, 62 years ago, when only three teams contested the inaugural AFCON in Sudan.Matches will be hosted in six stadia located in four different cities: Cairo, Alexandria, Suez and Ismailia. The Cairo International Stadium, one of the biggest football stadia on the African continent, is home to Group A headed by host nation and record seven-time winners Egypt, with two-time winners Democratic Republic of Congo, Uganda and Zimbabwe as fellow contenders.

Alexandria Stadium, located in the city of the same name, will host three-time winners Nigeria, 1976 runners-up Guinea, and debutants Madagascar and Burundi. Cairo's Air Defense Stadium is the venue for Group C, headed by Africa's number one -ranked team and 2002 runners-up Senegal, with 1990 champions Algeria, Kenya and Tanzania also in the mix.

Another stadium in Cairo, Al Salam, will serve as home for Group D, headed by 1976 champions Morocco, and with 1992 and 2015 champions Cote d'Ivoire, 1996 winners South Africa and Namibia also involved.Group E, headed by 2004 champions Tunisia, makes home in the historic city of Suez, with 1927 runners-up Mali, Mauritania and Angola making up the band at the Suez Stadium.

Group F, at the Ismailia Stadium in the city of the same name, is headed by five -time champions and Cup holders Cameroon, and also has four-time winners Ghana, Benin Republic and Guinea Bissau.

The opening match will hold on Friday between the Pharaohs of Egypt and the Warriors of Zimbabwe, who are making their fourth appearance but have never gone beyond the group stage.Nigeria's first match of the group stage is against Burundi's Itamba Mu Rugamba on Saturday, with clashes against Barea of Madagascar on June 26 and Syli Nationale of Guinea on June 30.

Previous Story
Football Fever - AFCON 2019 Is Under Way!
Next Story
Underdog Tag Sticking Out of SADC Sides At AFCON 2019

Underdog Tag Sticking Out of SADC Sides At AFCON 2019

Zimbabwe Step Into the Salahsphere At Cup of Nations
Tagged:
Copyright © 2019 The Guardian. All rights reserved. Distributed by AllAfrica Global Media (allAfrica.com). To contact the copyright holder directly for corrections — or for permission to republish or make other authorized use of this material, click here.