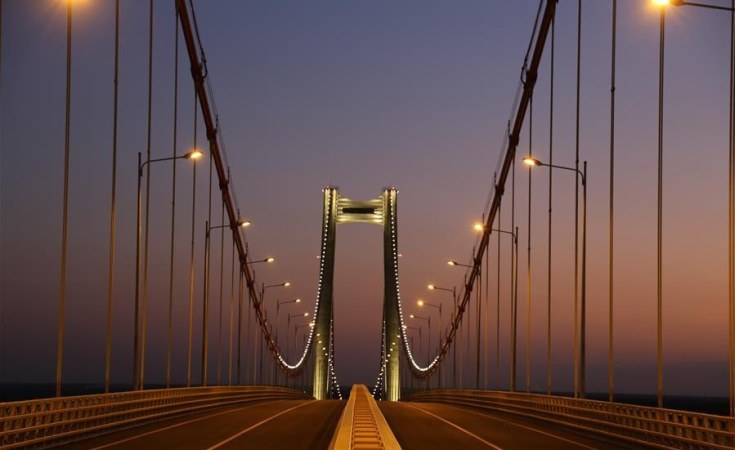 Washington, DC — Investing in resilient infrastructure pays for itself four times over

The net benefit on average of investing in more resilient infrastructure in low- and middle-income countries would be $4.2 trillion with $4 in benefit for each $1 invested, according to a new report from the World Bank and the Global Facility for Disaster Reduction and Recovery (GFDRR).

The report, Lifelines: The Resilient Infrastructure Opportunity, lays out a framework for understanding infrastructure resilience, that is the ability of infrastructure systems to function and meet users’ needs during and after a natural hazard. It examines four essential infrastructure systems: power, water and sanitation, transport, and telecommunications. Making them more resilient is critical, the report finds, not only to avoid costly repairs but also to minimize the wide-ranging consequences of natural disasters for the livelihoods and well-being of people. Outages or disruptions to power, water, communication and transport affect the productivity of firms, the incomes and jobs they provide, as well as directly impacting people’s quality of life, making it impossible for children to go to school or study, and contributing to the spread of water-borne diseases like cholera.

The report also finds that the lack of resilient infrastructure harms people and firms more than previously understood. Natural disasters, for instance, cause direct damages to power generation and transport infrastructure, costing about $18 billion a year in low- and middle-income countries. But the wider disruptions that they trigger on households and firms is an even bigger problem. Altogether, disruptions caused by natural hazards, as well as poor maintenance and mismanagement of infrastructure, costs households and firms at least $390 billion a year in low- and middle-income countries.

‘It is cheaper and easier to build resilience if we look beyond individual assets, like bridges or electric poles, and understand the vulnerabilities of systems and users,” said Stephane Hallegatte, lead author of the report. “By doing so, entire systems can be better designed and with greater flexibility so that damages are localized and do not spread through entire networks, crippling economies at large.”

In Kampala, Uganda, even just moderate floods block enough streets to make it impossible for over a third of Kampalans to reach a hospital during the critical window of time following a medical emergency.

Tanzanian firms are incurring losses of $668 million a year (or 1.8 percent of GDP) from power and water outages and transport disruptions, regardless of their origin. Almost half of transport disruptions in the country are also due to floods, and flood-related transport disruptions cost more than $100 million per year.
Reliable access to electricity has more favorable effects on income and social outcomes than access alone in Bangladesh, India, and Pakistan: boosting per capita income, study time for girls and women’s participation in the labor force. In India, access to electricity increases women’s employment by 12 percent. But access is usually unreliable. Where access is reliable – that is, available 24/7 – the increase reaches 31 percent.

East Asia is a hotspot of infrastructure asset vulnerability to natural hazards and climate change: there are four East Asia countries among the top 5 countries globally in terms of risk to transport assets, and three out of five for the risk to power generation.
In China, 64 million people are dependent on waste water treatment plants that are exposed to earthquake and soil liquefaction risks, and almost 200 million people are dependent on treatment plants that will be exposed to increasing flood risks due to climate change.
In Peru, landslides often interrupt road traffic, causing large losses for users. Increasing the redundancy of the road network can be more efficient than trying to make roads resistant to landslides. This is especially the case around Carretera Central, a strategic export route for agricultural products.

The report offers five recommendations to ensure that infrastructure systems and users become more resilient:
Get basics right. Tackling poor management and governance of infrastructure systems is key. For instance, a poorly-maintained infrastructure asset cannot be resilient. Build institutions for resilience. Wider political economy challenges also need to be addressed, and critical infrastructure assets and systems need to be identified so that resources can be directed toward them.
Include resilience in regulations and incentives. Financial incentives can be used to ensure that the full social cost of infrastructure disruptions are accounted for, encouraging service providers to go beyond just meeting mandatory standards.

Improve decision making. Access to better data, tools, and skills could be a gamechanger in building resilience: for instance, digital elevation models for urban areas are not expensive and are critical to inform hundreds of billions of dollars in investments per year.
Provide financing. The right kind of financing at the right time is key. For instance, small amounts of resources can support regulators and be used at the early stages of infrastructure design compared to the billions needed to repair and recover in the aftermath of a disaster.

Mop-Up Under Way After Flooding in Parts of Cape Town, More Rain Expected

Cyclone Belna to Make Landfall in Madagascar, Comoros - Reports
Tagged:
Copyright © 2019 World Bank. All rights reserved. Distributed by AllAfrica Global Media (allAfrica.com). To contact the copyright holder directly for corrections — or for permission to republish or make other authorized use of this material, click here.