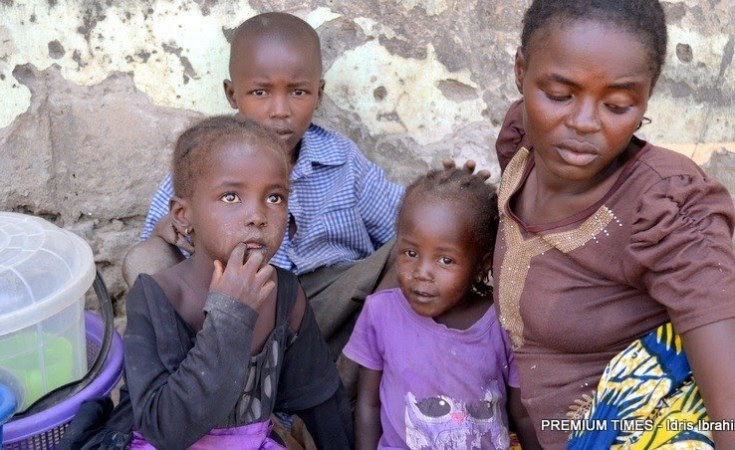 The internally displaced people's population in North-eastern Nigeria is expanding, according to a new United Nations' report, spotlighting the unabating humanitarian disaster precipitated by the Boko Haram terrorism in the region.

At the end of 2018, there were 2.2 million internally displaced persons in Nigeria, representing a 27 per cent increase during the year, according to the United Nations High Commission for Refugees in its newly released Global Trends report.

Yemen and Afghanistan are behind Nigeria as countries with the highest number of internally displaced persons due to conflict.

All over the world, 70.8 million people were forcibly displaced by the end of 2018, according to the report released to coincide with World Refugees' Day on Wednesday.

This population includes, first, 25.9 million refugees, who are forced to leave their countries due to violence or persecution.

The second category is 3.5 asylum seekers, the people outside their country of birth who are under international protection but are yet to be granted refugee status.

The third is the population of IDPs, people displaced within their own country, which reached an unprecedented 41.3 million at the end of 2018, from 40.0 million in the previous year.

"The small declines of the previous years were reversed and the internally displaced population in 2018 was the largest ever reported by IDMC (Internal Displacement Monitoring Centre)," the report said.

With 2.2 million people, Nigeria takes some 5.2 per cent of the global population of IDPs and is sixth among the top 10 countries with the largest IDP populations.

Colombia, Syria, DR Congo, Somalia and Ethiopia are ahead of Nigeria. Apart from Yemen and Afghanistan, South Sudan and Sudan are also behind Nigeria.

The armed forces of Nigeria and neighbouring countries have recorded considerable gains against the Boko Haram, forcing the terrorists to flee the territories they once held.

But contrary to official claims, the war is not close to near-end and the terrorists still continue to cause fatal incidents affecting the military and civilian populations, mostly in Borno State, the epicentre of the war.

Between May 22 and May 31, Boko Haram dislodged Nigerian forces from three bases in Gubio, Kodunga and Marte LGAs, senior officers briefed about the losses, told PREMIUM TIMES.

The army did not disclose these attacks officially - but also did not deny when spokesperson Sagir Musa was contacted.

"Although regional military forces made gains against the Boko Haram insurgency in 2018 and managed to temporarily improve the security situation in certain areas of the Lake Chad Basin, conflict in north-eastern Nigeria has been continuing for more than a decade and showed little sign of abating, with attacks by non-State armed groups throughout 2018 driving further displacement," the UN's refugee agency said.

The Director of Research, Planning and Forecasting of the National Emergency Management Agency, Kayode Fagbemi, told PREMIUM TIMES on Thursday evening that humanitarian actors working in the North-east met earlier in the day.

But apart from the affected mass displacement in the North-east captured by the UNHCR, banditry in the North-west and herders-farmers' conflict have also forced thousands of Nigerians to flee to neighbouring countries or to be displaced internally.

Flooding also displaces "thousands of people every year," according to the IDMC.

In an earlier report focusing on "2019 Humanitarian Needs" in Nigeria's North-east, UNHCR said 800 thousand people were trapped in places inaccessible for humanitarian assistance due to the ongoing conflict.

Such assistance needed includes life-saving and essential health services, food and nutrition, education, shelter and non-food items, among others.

"At least 867 primary, junior and senior secondary schools are still non-functional across the North-east, primarily in Borno State, mainly due to inaccessibility as a result of insecurity," according to the report.

"In addition, the destruction and/or looting of nearly 1,400 schools (out of 5,600 primary, junior and senior secondary schools) has created an acute need for safe and protective learning spaces and resulted in overcrowding in existing schools. Some classrooms accommodate up to 160 students (the minimum standard for one classroom is 50 students)."

UK Cautions Citizens Travelling to Nigeria
Tagged:
Copyright © 2019 Premium Times. All rights reserved. Distributed by AllAfrica Global Media (allAfrica.com). To contact the copyright holder directly for corrections — or for permission to republish or make other authorized use of this material, click here.

Somalia Restores Relations with Kenya - With Help from Qatar
ICT