President Cyril Ramaphosa has reaffirmed that the Reserve Bank operates under a constitutional mandate, which it must pursue independently, without fear, favour or prejudice.

"Our Constitution mandates the South African Reserve Bank to protect the value of our currency in the interest of balanced and sustainable growth," said President Ramaphosa on Thursday.

The President's affirmation comes after weeks of conflicting messages from the governing African National Congress (ANC) regarding the party's intentions for the central bank.

Delivering the State of the Nation Address (SONA) in Parliament - the President said the central bank is a critical institution of the country's democracy, enjoying wide credibility and standing within the country and internationally.

The Reserve Bank is required to achieve and maintain price stability in the interest of balanced and sustainable economic growth in South Africa.

It is for this reason that the Constitution also requires that there should be regular consultation between the Reserve Bank and the Minister of Finance to promote macroeconomic coordination, all in the interests of employment creation and economic growth.

Price stability is a necessary but not a sufficient condition for economic growth, the President said.

This is because of the rising prices of goods and services erode the purchasing power of all South Africans, but especially the poor.

Inflation further undermines the competitiveness of the country's exports and import-competing firms, putting industries and jobs at risk.

"For these reasons, our Constitution mandates the South African Reserve Bank to protect the value of our currency in the interest of balanced and sustainable growth," President Ramaphosa said, as he also committed to prudent borrowing and stringent expenditure management to stabilise public finances and lower the debt trajectory.

First Khoisan Praise-Singer At #SONA19 Gets Tongues Wagging and Clicking

Achieving the SA We Want 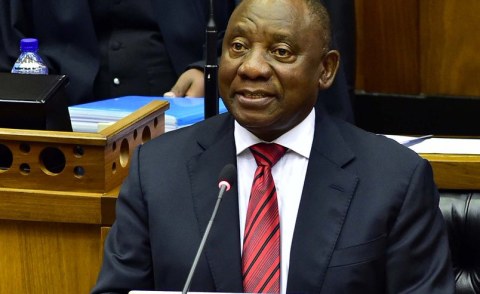