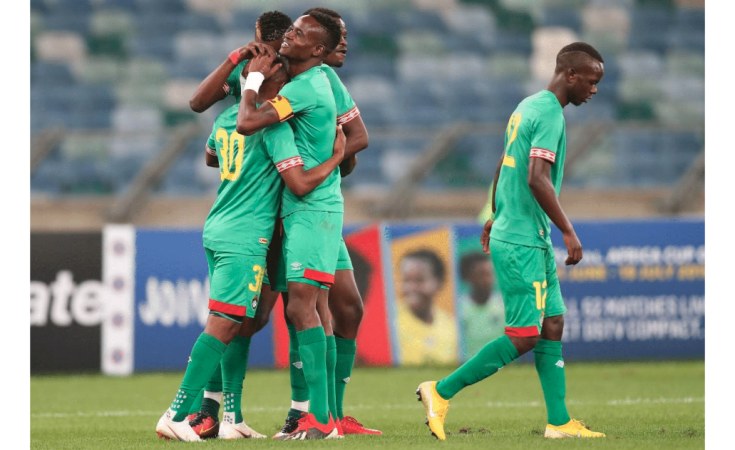 Cairo — Government last night intervened to end a crippling impasse between the national soccer governing body, ZIFA, and the senior men's team -- the Warriors -- to pave the way for the team to fulfil their opening 2019 AFCON finals' game against Egypt here tonight.

The match was hanging in the balance for the better part of the day yesterday after players threatened to boycott unless they each got US$9 000.

The players said they had been promised by ZIFA the money would reflect in their bank accounts by Tuesday.

However, a tsunami hit their camp yesterday when players claimed nothing had reflected in their accounts and issued an ultimatum that they would not fulfil the fixture.

Yesterday evening's final training session was cancelled as the players were locked in a meeting with ZIFA officials and Acting Minister of Youth, Sport, Arts and Recreation Kazembe Kazembe.

ZIFA officials said they had paid the money on Wednesday and produced bank transfer receipts as confirmation.

However, the players insisted nothing had reflected in their bank accounts.

The players said a number of promises made by the ZIFA executive had not been met and some of them were owed money from as far back as the last AFCON finals.

They were also concerned that a number of them -- notably Tafadzwa Kutinyu, Walter Musona and Ovidy Karuru -- had ended up having to meet their medical bills despite having been injured on national duty.

News that ZIFA were allegedly meeting the costs of a trip by a delegation of about 60 people from home to Egypt when they had not paid their dues, riled the players.

After a tense stand-off, which saw some of the players suggesting they would be happy to go back home than be forced to play without getting their dues, the impasse was only resolved after the intervention of Minister Kazembe.

ZIFA board member Farai Jere, who arrived here yesterday, assured the players their dues would be met by 9am today.

Minister Kazembe, who also chairs the 2019 AFCON Fund-raising Committee, pleaded with the players to play for the country while he would try all his best to get their issues resolved.

The minister said should the Warriors win tonight, it would cheer the entire country and more sponsors would come on board.

"You have to play for those people who are home, especially President (Mnangagwa), who has been supporting your cause," said Kazembe.

"This is a national cause and some of the things you are raising we were not aware of them, but we have to find ways to ensure ZIFA addresses those issues."

Jere said he would speak to officials at their bank today to ensure all the money which they say was paid to the players would reflect in their accounts.

Captain Knowledge Musona promised the minister and the nation that they will fulfil the fixture.

"We are glad that our issues have been dealt with in this meeting and we have received the commitment that our dues will be dealt with and we can promise you that we will play the match against Egypt.

"It's sad that instead of us focusing on the match we have spent a lot of time trying to deal with these issues but we can promise you that we will give it our best tomorrow."

Pharaohs Over-Reliance On Salah a Concern

Egypt Kicks Off Afcon 2019 With Slim Win Over Zimbabwe
Tagged:
Copyright © 2019 The Herald. All rights reserved. Distributed by AllAfrica Global Media (allAfrica.com). To contact the copyright holder directly for corrections — or for permission to republish or make other authorized use of this material, click here.