Egypt/Zimbabwe: Egypt Edge Past Zimbabwe in Cup of Nations Opener 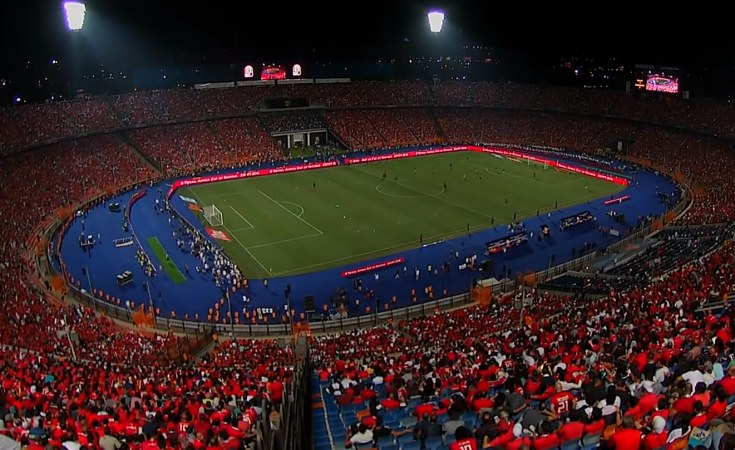 SuperSport/YouTube
Video screenshot: Fans seated in the Cairo International Stadium ahead of the Afcon 2019 clash between Egypt and Zimbabwe.
Radio France Internationale
By Paul Myers

Egypt's march to glory began on Friday night with a deserved but ultimately tense victory over Zimbabwe at the Cairo International Stadium. The hosts showed their intent from the outset.

Mo Salah, operating on the right of a front three, sent in several inviting crosses. Marwan Mohsen connected with one forcing a save from the Zimbabwe goalkeeper Edmore Sibanda.

He rescued his side minutes later after Salah set up Abdallah Elsaid. Salah also lashed a shot over the bar.

But just when Zimbabwe's obstinacy appeared to be seeing them through to half-time, Trézéguet pounced on a moment of over elaboration.

He stole the ball as Zimbabwe's defenders tried to play out from the back and after a slick one-two, curled his shot round Sibanda and into the right hand corner of the net.

The hosts - considered one of the favourites for the title - failed to build on the platform though and the lack of a second goal generated an edge around the 70,000 partisans.

Their fears would have been realised had an unmarked Evans Rusike been able to keep his header on target in the closing minutes.

"We didn't look that good," said Egypt's assistant coach Hany Ramzy. "But it's the start of a big tournament and we have to score and we have to win. Three points are very important. For sure we can play better and make a better show for the fans but starting with three points is the most important."

Egypt top Group A ahead of Saturday's match between Democratic Republic of Congo and Uganda at the Cairo International Stadium.

Afcon - Uganda's Cranes Crush DR Congo with Decisive 2 - 0 Win
Tagged:
Copyright © 2019 Radio France Internationale. All rights reserved. Distributed by AllAfrica Global Media (allAfrica.com). To contact the copyright holder directly for corrections — or for permission to republish or make other authorized use of this material, click here.