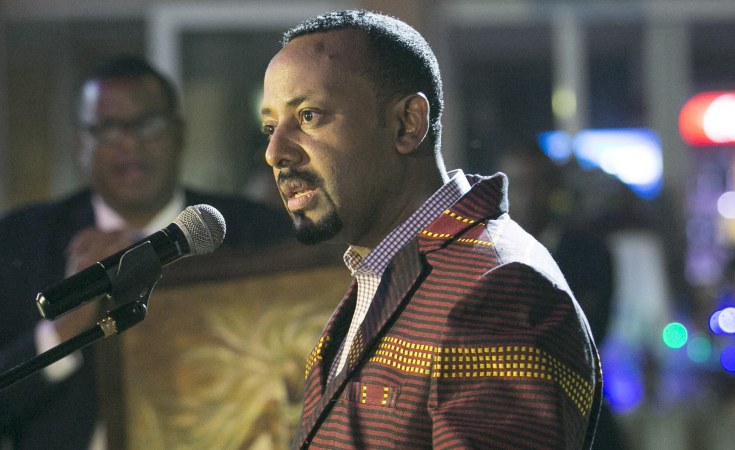 Ethiopia's army chief has been killed amid a coup attempt in the African country. According to PM's office, General Asamnew Tsige, the autonomous Amhara state's head of security, tried to topple the government.

Earlier, PM Ahmed announced the government had put down a coup attempt in the autonomous Amhara state in the country's north.

In his TV address, the premier said that the botched coup was led by a very high-ranking regional military official and others within the country's military. Billene Seyoum, a spokeswoman for PM Ahmed, later said the coup attempt was orchestrated by General Asamnew Tsige, the region's head of security.

State media also reported that both the head of Amhara's regional government, Ambachew Mekonnen, and his advisor, were killed, during the coup attempt.

Describing the circumstances of General Mekonnen's death, PM's press secretary Seyoum said that he was shot dead by his bodyguard just hours after an attempted coup in Amhara left the regional president and another top adviser dead.

Seyoum told journalists a "hit squad" led by Amhara's security chief Tsige burst into a government meeting on Saturday afternoon, wounding regional president Ambachew Mekonnen and another top official, who both died of their wounds.

Later that evening in what appeared a "coordinated attack", army chief Seare Mekonnen, and a retired general who was visiting him, were killed by his bodyguard, said Billene.

Earlier, PM Ahmed said that General Mekonnen "was shot by people who are close to him," adding that the regional government officials were in a meeting when a coup attempt occurred.

The premier said Mekonnen had been shot while trying to fend off the attackers.

Early on Sunday, Brigadier General Tefera Mamo, the head of special forces in Amhara, said on TV: "Most of the people who attempted the coup have been arrested, although there are a few still at large."

At the time, no details were given about who was behind the coup attempt in the northern state, led by regional president Ambachew Mekonen.

"The coup attempt in Amhara regional state is against the constitution and is intended to scupper the hard won peace of the region," the government said in a statement. "This illegal attempt should be condemned by all Ethiopians and the federal government has full capacity to overpower this armed group."

Residents in the region's capital, Bahir Dar, reported hearing gunshots in the city.

The US embassy issued alerts about gunfire in the country's capital, Addis Adaba, and violence around Bahir Dar.

Internet and media access has reportedly been limited across the country. Internet and cybersecurity monitor group NetBlocks reported nationwide internet access was at 2% of normal levels.

He has since implemented economic reforms, opened up political space and prosecuted officials accused of human rights abuses. He also established relations with neighboring Eritrea.

However, ethnic tensions that were kept in check by the iron-fist of past rulers has lead to deadly violence.

Alleged Mastermind of Coup Shot and Killed As Ethiopia Mourns
Tagged:
Copyright © 2019 Deutsche Welle. All rights reserved. Distributed by AllAfrica Global Media (allAfrica.com). To contact the copyright holder directly for corrections — or for permission to republish or make other authorized use of this material, click here.