The Central Bank of Nigeria, CBN, said it has given banks 93 days (from June 3 to September 2, 2019) to return mutilated naira notes for re-issuing.

The Director, Corporate Communication Department, CBN, Isaac Okoroafor, disclosed these over the weekend at a one day interactive session with South West stakeholders, in Lagos.

Speaking on the sidelines of the event, Okoroafor said: "We are meeting with leaders of organized labour. It is part of a CBN programme and communication campaign to constantly engage with the most important groups in our country, who have stakes in the economy and here we have met with organized labour from the South West.

On mutilated naira notes he said: "We are carrying the campaign which we initiated to say that Nigerians are complaining about unfit notes, mutilated dirty notes and the CBN has given banks between the third of June and the second of September to bring back all the mutilated notes for us (CBN) to reissue them and we are telling all customers including labour themselves that they should return all the old notes to their banks and the banks will bring those notes to us for reissue. If any bank refuses to take back those notes, they should call us. We will take action on that.

"We have instructed banks to collect bad and unfit notes from you. If you go to the ATM machine and it dispenses counterfeit notes, call us."

The General Secretary of the National Union of Textile, Garment and Tailoring Workers of Nigeria, Issa Obalowu Aremu, commended the CBN for a job well done and tasked leaders and members of organized labour to work together with the CBN to achieve growth in the country's economy.

He said: "As CBN is doing its own monetary intervention including development financing, other agencies must also do their own. CBN cannot provide electricity, it has to do with Gencos. Labour has critical roles to play in these. We should give support to the CBN even in the struggle to make naira to be clean." 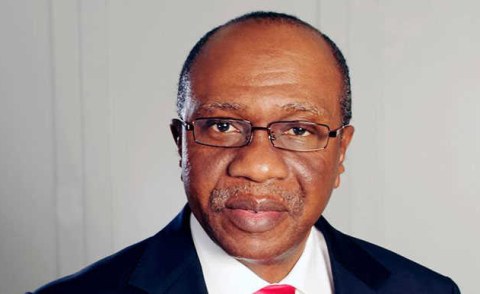 Inflation Rate Drops, But Are Nigerians Feeling It?
Tagged:
Copyright © 2019 Vanguard. All rights reserved. Distributed by AllAfrica Global Media (allAfrica.com). To contact the copyright holder directly for corrections — or for permission to republish or make other authorized use of this material, click here.