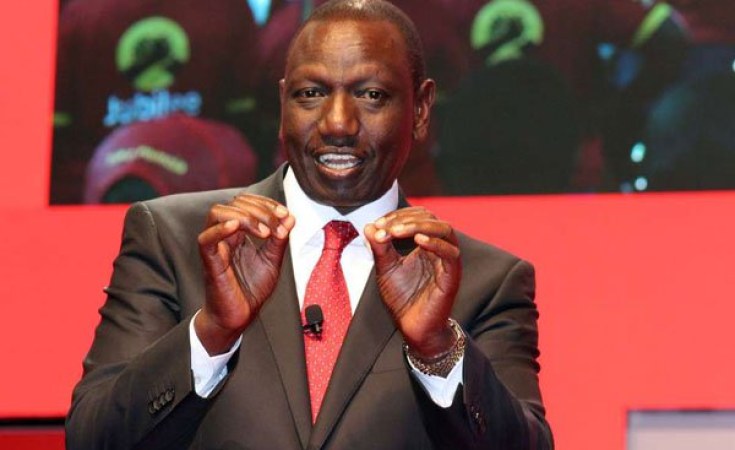 Three Cabinet Secretaries from central Kenya were on Monday questioned by detectives after Deputy President William Ruto accused them of plotting to eliminate him.

According to Mr Munya, who spoke on behalf of the other two ministers, Dr Ruto claimed the CSs, some principal secretaries, heads of parastatals and other government operatives from Mt Kenya were holding secret meeting to kill him.

The plot, Dr Ruto allegedly told DCI, was part of a wider scheme to ensure he does not take over after President Uhuru Kenyatta in 2022 when his second and final term ends.

The meetings, according to sources at DCI, were held at La Mada Hotel on Thika Road, quoting Dr Ruto's brief.

Mr Munya, Mr Mucheru and Ms Kariuki arrived at DCI a few minutes after 7am after they were summoned alongside a powerful principal secretary from Mt Kenya.

However, after more than two hours of questioning, the ministers emerged and told journalists that they had not recorded any statement because Dr Ruto had not made any formal complaint.

"There is no written allegation recorded in the OB and no complainant who has written any report," Mr Munya said.

"The only written statement is a letter doing rounds in social media but because DCI could not authenticate it, we refused to respond to its contents."

He said their request to the detectives to record the contents of Dr Ruto's call was not granted, hence the case could not proceed.

But Mr Munya, Mr Mucheru and Ms Kariuki denied any plan to eliminate the DP.

"We have made it clear that at no time have we ever met anywhere (not just at La Mada) to plan to kill the DP or any other person for that matter. We came here because we are law abiding citizens," he said.

"I think it is irresponsible, unfair and it is intended to portray us in a very bad light so as to look like criminals who meet to plot criminal activities," the CS said.

Djibouti Looks to Ethiopia to Gauge Its Economic Future
ICT