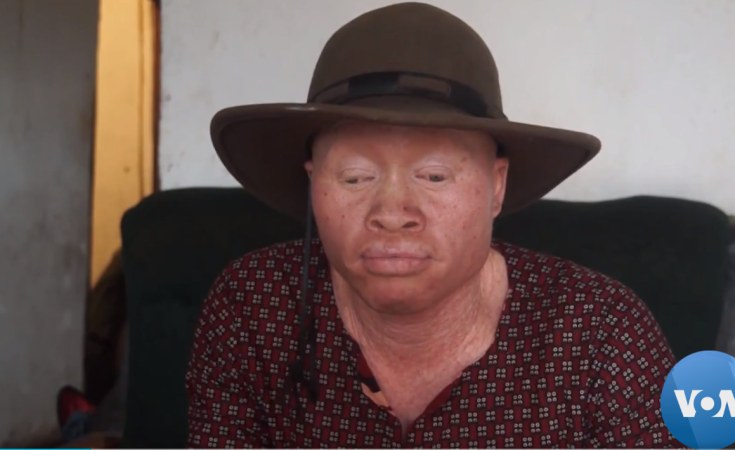 Lameck Masina/VOA
Lazarus Chigwandali with albinism faced a lot of discrimination because of the way his bodies looked.
CAJ News Agency (Johannesburg)
By Mavhuto Banda

Lilongwe — MALAWI will on Saturday commemorate the International Albinism Awareness Day (IAAD) and the theme, "Still Standing Strong", could not be more befitting following the brutality people living with the condition have endured in recent months.

The Southern African country is arguably the most hostile to these vulnerable members of the community.

Being born with the albinism in Malawi is almost condemnation to a death sentence with such hunted albinos being murdered for their parts amid false belief that they have magical powers.

Politicians seeking public office are believed to be among alleged culprits.

A man was killed this year while a one-year-old baby was kidnapped, in just two examples of the horrors people with albinism endure in the impoverished country.

There is no trace of a 12-year-old boy who went missing in July last year. It is feared he was murdered.

These are among 150 cases of albino killings, attacks and other human rights violations reported in Malawi over the past five years.

Ahead of the IAAD to be commemorated at the southern district of Chiladzuru, the Malawi Human Rights Commission (MHRC) appealed to locals to stand in solidarity with persons with albinism.

"We call upon all stakeholders to use this commemoration to take stock of the progress Malawi has so far made in the promotion and protection of the rights of persons with albinism," stated David Nungu, the Commission's Executive Secretary.

He said Malawi has made progress in promoting the rights of persons with albinism but expressed concern at violation of their rights.

Nungu said the problems required speedy attention by all stakeholders.

President Peter Mutharika's administration, re-elected into office in May, has devised a number of plans to improve the lives of albinos.

He directed Treasury to disburse K3,1 billion (US$4 million) budgeted for the 2018-2022 National Action Plan on the killing and abduction of albinos in the country.

Mutharika also tasked Ministry of Lands, Housing and Urban Development to prioritise them in the Decent and Affordable Housing Subsidy Programme.

The president also pledged his administration would make funds available to speed up hearing of cases involving the abductions and killings of people with albinism.

These measures are in response to criticism by human rights groups.

IAAD came as a resolution of the United Nations Human Rights Council in 2013 calling for the prevention of attacks and discrimination against persons with albinism.

In 2015, the council created the mandate of Independent Expert on the enjoyment of human rights by persons with albinism.

Albinism is a congenital disorder characterized in humans by the complete or partial absence of pigment in the skin, hair and eyes. 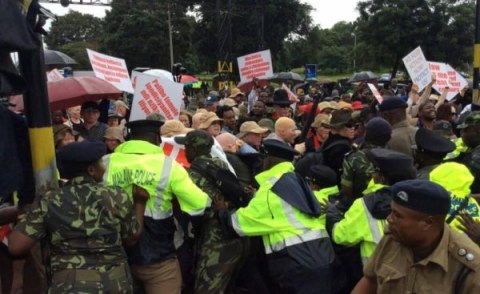 Malawi Declares June Albinism Awareness Month
Tagged:
Copyright © 2019 CAJ News Agency. All rights reserved. Distributed by AllAfrica Global Media (allAfrica.com). To contact the copyright holder directly for corrections — or for permission to republish or make other authorized use of this material, click here.