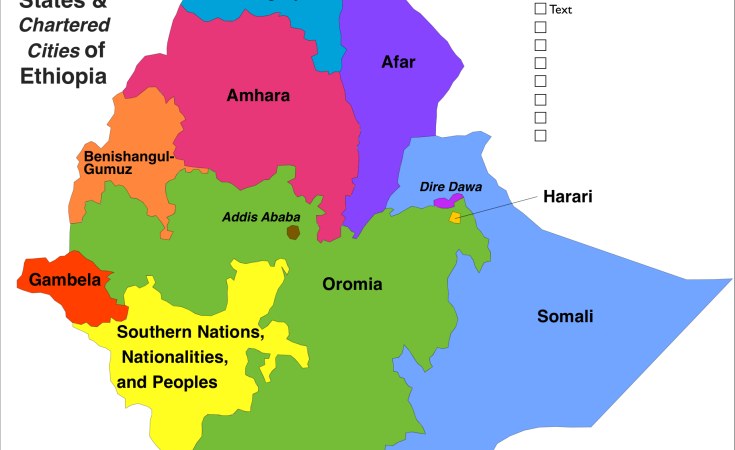 The top prosecutor of Ethiopia's Amhara region died from wounds he sustained during a coup attempt, media and medics report. The reported mastermind of the coup, General Asamnew Tsige, was also killed, state media said.

Amhara Attorney General Migbaru Kebede died in hospital on Monday after he was injured in an attack on senior officials in the northern Ethiopian region, public broadcaster EBC reported.

Ethiopia's army chief, a retired general, the Amhara regional president and his adviser were also fatally shot when factions of the military launched a bid to unseat the regional government late on Saturday.

Flags were flying at half-mast on Monday as the country marked a national day of mourning for the slain officials.

Later on Monday, state media reported that the alleged mastermind behind the coup attempt, General Asamnew Tsige, had been killed by security forces.

Prime Minister Abiy Ahmed said the coup plot was masterminded by General Asamnew Tsige, who is reported to be on the run.

Government spokeswoman Billene Seyoum Woldeyes said order had been restored and operations to arrest Tsige and his supporters were ongoing.

"The majority of the suspects who have orchestrated this attempted coup and assassination of these high level officials are under control," she told DW, albeit declining to offer either identities or information on how many suspects were now "under control."

Ethiopian security forces have set up checkpoints in the capital Addis Ababa and in Amhara.

The prime minister's office said Amhara state president Ambachew Mekonnen and an adviser were shot dead in an attack on a meeting of state officials in the regional capital, Bahir Dar. Army chief Seare Mekonnen and a retired officer were killed by Seare's bodyguard at his home in Addis Ababa. The government said the two attacks were linked.

Prime Minister Ahmed has won praise for the raft of political and economic reforms he's pushed through since entering office in April. But some high-ranking officials haven't taken well to the 42-year-old's shake-up of the military and intelligence services.

The European Union condemned the failed putsch in a statement, describing the killings as "deplorable."

"The EU firmly reiterates the need for continued peaceful and democratic reforms in Ethiopia," the statement said.

What We Know So Far About the 'Foiled Coup'