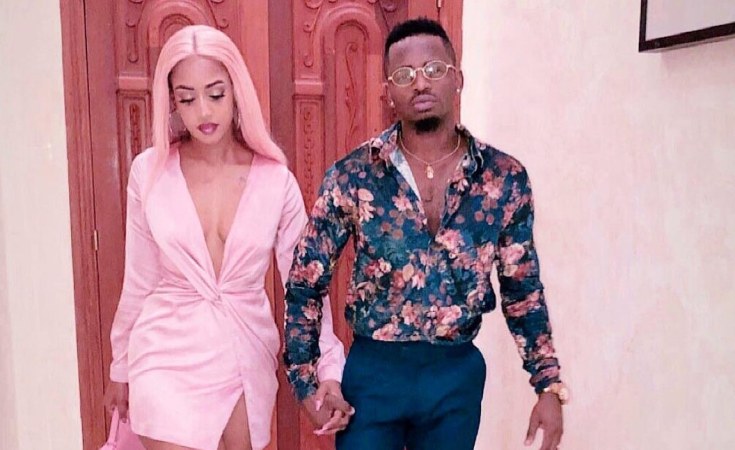 The two lovebirds, who are inseparable since they made their relationship public last year, spent time together over the weekend in Tanzania.

And if videos circulating on social media are anything to go by, the two might be welcoming a bundle of joy soon.

Ms Tanasha has in the past two months stopped sharing pictures of tanned body. She has also replaced her wardrobe with clothes that fully cover her body.

On Sunday, she went out with her boyfriend in the outskirts of Dar es Salaam and videos circulating online suggest she is expectant.

In the videos shot in a boat, Donna's bulging tummy is visible.

Rumors of her being pregnant emerged last month after fans noticed her protruding tummy when she was on a night out with the 'Tetema' hitmaker in Nairobi.

Diamond Platnumz has three children, two with Zari and the other with Hamisa Mobetto.

If it's true that Tanasha is pregnant, it will be his fourth child.

Previous Story
Diamond, Tanasha Expecting Baby Boy In Two Months
Next Story
This Is How Much Diamond Has Spent Just to Make Tanasha Stay With Him