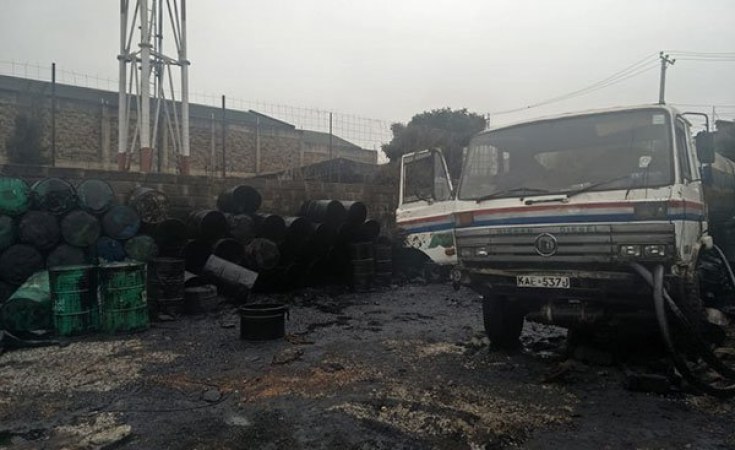 Nairobi — Police have arrested two suspects who were found siphoning fuel from an underground petroleum pipeline at Kathangaita area in Machakos.

According to the Directorate of Criminal Investigations, the suspects had concealed their activities in a 50 by 50 plot completely fenced with iron sheets.

Police Unearth Another Multimillion Oil Racket at Kenya Pipeline
Tagged:
Copyright © 2019 Capital FM. All rights reserved. Distributed by AllAfrica Global Media (allAfrica.com). To contact the copyright holder directly for corrections — or for permission to republish or make other authorized use of this material, click here.