Kenya/Tanzania: Odhiambo, Mohammed to Be Benched Against Tanzania 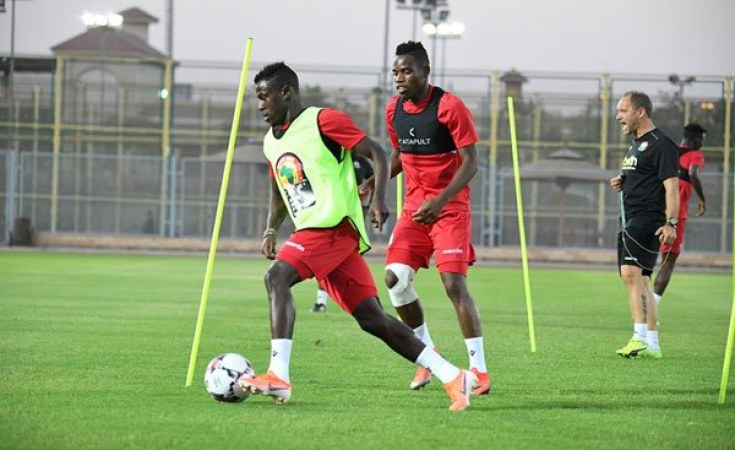 Kenya coach Sebastien Migne is in line to shuffle his starting line up in Thursday's Africa Cup of Nations Group C match against Tanzania.

Nairobi News understands Dennis Odhiambo, Musa Mohammed and even Francis Kahata are the likely casualties in the line of changes being prepared by Migne.

Odhiambo had a below-par outing during Kenya's disappointing 2-0 loss to Algeria on Sunday. He was chiefly responsible for the first goal Kenya conceded at the tournament, hacking down an Algerian defender in the box to concede a penalty.

Should the Sofapaka defender be rested, Johanna 'Tosh' Omollo, who came on for him and impressed in the later stages of the match against the Desert Foxes, is likely to start alongside Victor Wanyama in midfield.

Similarly, the pint-sized Kahata also struggled to impress against Algeria with his trademark first touch and passing skills deserting him.

There is talk he will be benched against Taifa Stars and in his stead, Migne will hand an opportunity to an old-fashioned winger with Paul Were and Eric 'Marcelo' Ouma the likely starters.

Further behind, Musa Mohammed, who is reported to be struggling with a calf injury, is set to be rested in favour of Zesco United's David 'Calabar' Ouma, who seemingly has never impressed Migne but remains a crowd favourite.

Stars, who failed to master a shot on target against Algeria, need an outright win against statistically the poorest team in the group to stand a chance of progressing to the second round of the continental showpiece.

Clash of the Titans As Algeria Meets Senegal
Tagged:
Copyright © 2019 Nairobi News. All rights reserved. Distributed by AllAfrica Global Media (allAfrica.com). To contact the copyright holder directly for corrections — or for permission to republish or make other authorized use of this material, click here.