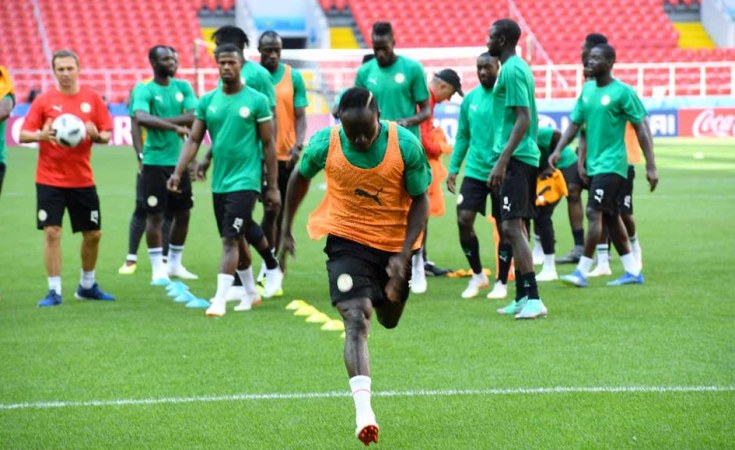 Egypt against Democratic Republic of Congo was billed as a heavyweight clash between potential champions. The group A match ultimately proved to be a limp affair with Egypt too powerful for an underpowered DRC. Algeria and Senegal should provide the fireworks on Thursday night at the 30 June Stadium on the fringes of Cairo.

Both Algeria and Senegal enjoyed comfortable opening day wins over Kenya and Tanzania respectively. And the match should be about who emerges as winner of Group C.

Focus will be on two stars from the English Premier League, Algeria's Riyad Mahrez and Senegal's Sadio Mané.

While Mané sat out Senegal's first match due to suspension, Mahrez was on target in his side's 2-0 victory. It was a strike that will intensify the spotlight on the attacking midfielder.

"I am not in favour of highlighting individuals over teams," said Algeria coach Djamel Belmadi, who played for Manchester City in 2003, nearly a decade before the Abu Dhabi millions poured into the club.

"We must put less emphasis on Riyad," added Belmadi. "Collecting maximum points from our first match meant a lot because Algeria has a history of poor starts at the Cup of Nations."

Mané's absence was hardly noticed, so dominant were Senegal over Tanzania.

Keita Balde and 20-year-old Krepin Diatta provided the goals. But 27-year-old Mané is likely to return to skipper the side and lead the attack.

"It will be a big test against Algeria," said Senegal boss Aliou Cissé. "I think we'll be up to it. We're not overawed by the Algeria team. We'll give them the necessary respect because we're working hard to go as far as possible in the tournament."

Winner Takes it All, as Teranga Lions Face Les Fennecs

Kenya's AFCON Hopes Dim After Defeat by Senegal
Tagged:
Copyright © 2019 Radio France Internationale. All rights reserved. Distributed by AllAfrica Global Media (allAfrica.com). To contact the copyright holder directly for corrections — or for permission to republish or make other authorized use of this material, click here.