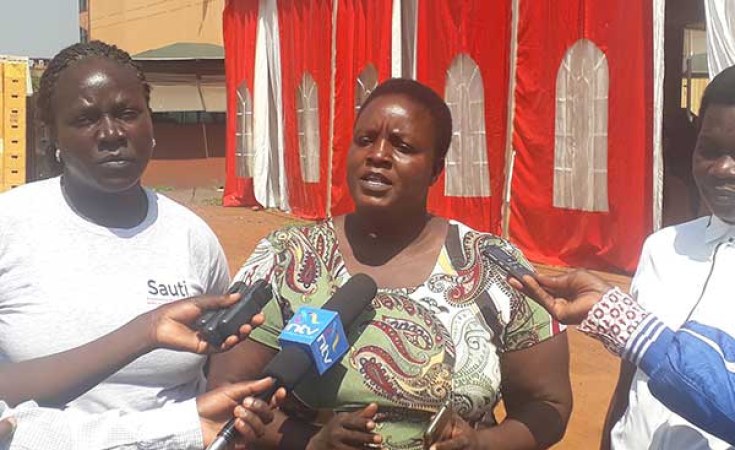 Authorities along the Kenya-Uganda border are roping in business groups run by women in a campaign meant to make official border points attractive to traders and dissuade them from using illegal crossings.

This, they hope, will tame smuggling of banned or fake goods and raise avenues to collect more tax from traders using the revamped Busia One-Stop Border Post, the Malaba crossing and other border points under renovation.

During the cross-border women traders' conference facilitated by Trademark East Africa in collaboration with State department for Gender held at Itoya Hotel in Busia Wednesday, it was revealed that women, who are among key stakeholders in cross-border trade, have been avoiding regular borders out of fear of harassment.

In the process, they deny the two countries the much sought after revenue.

Most of the women who took part in the event that brought together participants from Kenya and Uganda admitted to having used illegal crossings to avoid what they termed as "punitive taxes" and harassment by customs officials and security officers at the border.

The move has given rise to smuggling of items such as imported rice, sugar, banned cosmetics, cigarettes, alcohol, bottled water and other foodstuffs.

Florence Atieno, the national chairperson of cross-border women traders sacco, disclosed that many small scale women traders are still facing numerous challenges while doing business across the borders due to lack of information.

"Most of them are using ungazetted routes to sneak in goods at high fees yet when they use designated crossings they will be charged very little and save a lot. This happens because they have not been sensitised on their rights," said Ms Atieno.

She added that many women are yet to embrace the trade information desk - a one-stop resource centre - on cross-border trade.

"We urge women to pass by the desk and familiarise themselves with goods they are about to purchase from either side of the border, taxes they will attract and levies charged so that they don't incur unnecessary losses," she said.

Edna Mudibo, the secretary of Busia Women Cross-Border Sacco, expressed concern over the low exchange rates for the new notes which have made Ugandan money changers take advantage of the scenario to fleece Kenyans by reducing exchange rates, especially for new traders.

"The Kenya shilling has depreciated and is trading at 32 units from 37. We urge the government to increase circulation of the new currency to restore its unit value against the Uganda shilling," she said.

She also urged the state to harmonise tax regimes to save Kenyan traders from cheaper Ugandan goods.

Busia Deputy Governor Moses Mulomi, who graced the event, said the planned Sh60 million cross-border market and the Sh500m Jumuiya market, once complete, will boost fish trade in the region.

"We want these facilities to be one-stop trading centres and turn the region into the Dubai of East Africa," said Mr Mulomi.

Last year, Uganda State Minister for East African Community Julius Wandera said the EAC is currently developing a framework on cross-border security with the aim of guiding member states and stakeholders on the implementation of collective measures to promote peace, security and stability of the community.

Already, the EAC has adopted the protocol on peace and security.

"EAC has developed a consultative dialogue framework for the engagement of the CSOs, private sector and other interest groups to ensure involvement of all key stakeholders in integration," he said.

"We have already passed a number of regulations including gender equality and development bill that recognises the role of women in development and especially trade."

Already, border managers have introduced single certificates of origin for traders who wish to import goods worth Sh200,000 from member states.

The OSBP (one-stop border post programme) was meant to expedite free movement of goods and services across the border with the regulations enacted to cushion East African member states from suffocating under a well-organised cartel of counterfeits industry who have engineered losses in revenue to governments as well as risked the lives of citizens.

Apart from trade challenges, the region continues to face some common cross-border threats including terrorism, human and drug trafficking, illegal immigration, counterfeits, crude spirits and piracy, proliferation of small arms and weapons and cattle rustling among others.

Why Kenya Is Threatened By Uganda-Rwanda Standoff 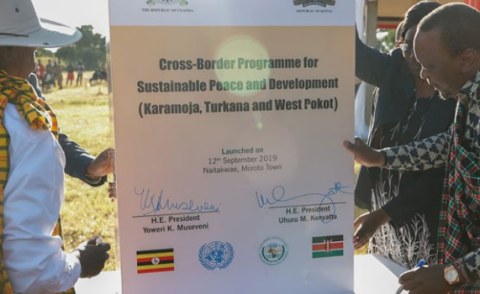 'Unresolved Issues' Stop Uganda's Standard Gauge Railway Project
Tagged:
Copyright © 2019 The Nation. All rights reserved. Distributed by AllAfrica Global Media (allAfrica.com). To contact the copyright holder directly for corrections — or for permission to republish or make other authorized use of this material, click here.