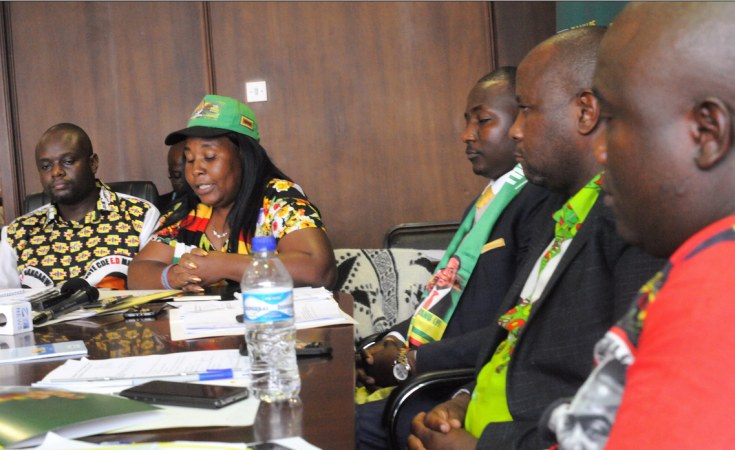 The Zanu-PF Youth League has stood its ground in the fight against corruption and revealed last night that a team of 17 lawyers had been lined up to defend lawsuits following the naming and shaming of allegedly corrupt Government officials, business leaders and individuals.

Addressing the media after the Zanu-Youth League executive meeting in Harare last night, deputy secretary Cde Lewis Matutu also said the youth were solidly behind Government's removal of the multi-currency regime and restriction of domestic transactions to the local currency.

A bullish Cde Matutu said: "Those who want to sue us are free to do so. We are going to expose more and we are not doing this for us, but for the people of Zimbabwe.

"So far, 17 lawyers are ready to defend us in courts. We are not going to be intimidated by law suits coming from certain individuals despite one's influential position, be it at party level or Government.

"We will continue to expose them and we are prepared for more summons," said Cde Matutu.

"We are also in full support of Government on currency reforms as this will have a positive impact on the economy."

He said the Youth League appreciates the intervention of the Politburo on introducing a commission of inquiry on certain individuals named and shamed over alleged corruption.

"We are going to take heed from the Politburo to follow the party's constitution and correct procedures when naming and shaming those allegedly involved in corruption."

Corruption Accused Bigwigs Back Down On Threats to Sue Matutu

Zimbabwe Detains Minister for Three Weeks on Corruption Charges
Tagged:
Copyright © 2019 The Herald. All rights reserved. Distributed by AllAfrica Global Media (allAfrica.com). To contact the copyright holder directly for corrections — or for permission to republish or make other authorized use of this material, click here.