Zimbabwe: Do or Die for Warriors 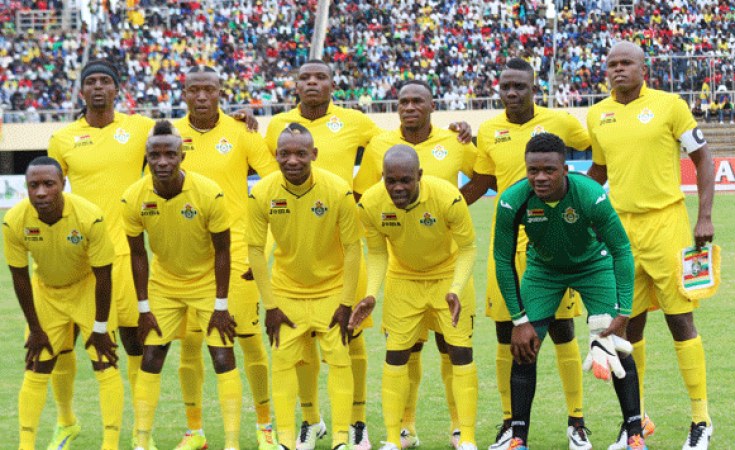 Cairo, Egypt — Warriors captain Knowledge Musona insists his side is ready for their decisive Africa Cup of Nations (Afcon) Group A encounter against the Democratic Republic of Congo (DRC) at the 30 June Stadium in Cairo today, amid the bonus row, which has overshadowed Zimbabwe's participation in the continental football showpiece.

Zimbabwe's continued participation in the ongoing Afcon has been hampered by the seemingly never-ending feuds between the players and Zifa over payment of appearance fees and allowances.

Even before the tournament started, Warriors players boycotted training on the eve of the first match of the tournament against hosts Egypt after another standoff.

On Thursday, the players threatened to boycott Friday's training and the subsequent make-or-break final Group A encounter against the DRC, which the Warriors need to win in order to qualify for the knockout stage for the first time in the country's history.

The standoff was quelled after Zifa came to a consensus over the issues with the players, who have now so far received US$17 550 each in allowances, match fees and bonuses.

There were fears the row would lead to Zimbabwe withdrawing from the tournament before the DRC tie, but Musona revealed that his charges were fully focused on the game after striking an agreement with their employers.

"We are ready to play, we came here to play and the game is going to go on despite some problems that were happening. The information that we got is that everything is sorted and we are going to play on Sunday [today]," Musona said.

"As you can see, the training was good. The intensity was high and everyone is looking forward to the game."

The Belgium-based forward, who has been battling poor form during the tournament, however, admitted that the bonus row has had a negative impact on the team's mental preparedness before taking a thinly-veiled dig at Zifa for always waiting until the 11th hour when it comes to issues of remuneration and player welfare.

Musona said the constant sideshows made it difficult for players to fully focus on the task at hand.

"I sometimes find it very strange that we always have to come to this point before every game," he said.

"I believe our association knew a long time ago that they had to prepare for this tournament. So, sometimes as players, we don't understand what is happening because we are always fighting at the last minute.

"It distracts us as players because we have to focus on the game at the same time we have to be asking for something.

"We will be doing two things at the same time and for some players, it's difficult to shift focus from some issues to the playing ground."

He added: "That's why sometimes we don't settle very well in the first few minutes of games that we've played. It's a little bit disturbing for us as a team and to some individuals."

The inspirational Zimbabwe captain, who played a leading role during the team's qualification campaign, however, reassured the fans that his charges were proud to represent the nation despite the problems that have been happening in their camp and were confident of winning today's clash against the Leopards.

He, however, admitted that today's encounter against DR Congo would not be easy despite their famous away victory against the Leopards during the qualifiers and their opponents' poor form in the tournament after identical 2-0 defeats to hosts Egypt and Uganda.

"We love our country, we just play because we are doing it for the nation. We are very confident ahead of the DRC game, we beat them before, but I know it's not going to be the same because this is a tournament, but we are going to do our best. I think if we play the same way we did in the last game and convert our chances, on a good day we can kill everyone," he said.

"We know how they play, the only thing that we have to do is not to put too much pressure on ourselves because we might lose points. We just have to continue from where we left off in the last game and I think besides the chances that we missed we played a very good game."

Despite his poor form in front of goal in the first two group matches, Musona is expected to lead from the front as he still retains the full backing of his teammates and the technical team.

After being impressed by the way his side created so many scoring chances against Uganda, Warriors coach Sunday Chidzambga is expected to keep faith in the side he fielded on Wednesday.

The only expected change will see Bloemfontein Celtic left-back Ronald Pfumbidzai making his first start of the tournament as he comes in for the injured Devine Lunga.

The Cranes Wary of The Warriors

AFCON 2019 - Nigeria, Egypt Qualify for Round of 16
Tagged:
Copyright © 2019 Zimbabwe Standard. All rights reserved. Distributed by AllAfrica Global Media (allAfrica.com). To contact the copyright holder directly for corrections — or for permission to republish or make other authorized use of this material, click here.

Gold Theft in Zimbabwe - a Huge Problem But Is It Getting Worse?
U.S., Canada and Africa