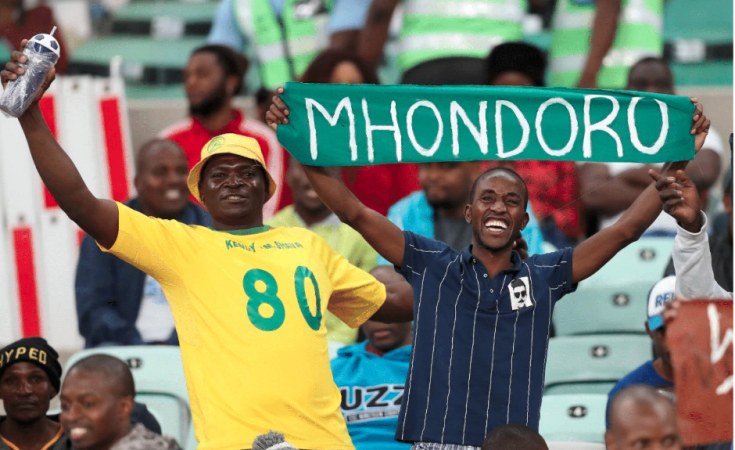 A NIGHTMARISH performance by stand-in goalkeeper Elvis Chipezeze dominated a horror show for the Warriors as they crashed out of the 2019 AFCON finals, under a cloud of humiliation with Sunday Chidzambwa's men suffering their worst defeat at this tournament at the June 30 Stadium here last night.

Cedrick Bakambu scored twice, including a penalty, Jonathan Bolingi opened the scoring and Middlesborough striker Britt Assombalonga netted the other for the Congolese on their Independence Day.

Needing a victory to have a chance of squeezing into the group stages, for only the first time in history, the Warriors somehow produced a performance plucked from hell with their defence, a rock on which they had built their recent success stories, in a state of shambles all night.

'Keeper Chipezeze, playing only because George Chigova pulled out injured shortly before the game while Edmore Sibanda had also been sidelined by injury, was the fall guy with an early howler, which set the tone for a night to forget for the Warriors who now return home as villains.

Although the Class of 2004 conceded five goals against Cameroon, they scored three, and two years ago in Gabon, the Warriors conceded four goals against Tunisia but scored twice in that match to give the contest some respectability.

Chipezeze was a bundle of nerves all night and gifted the Democratic Republic of Congo their first goal with a shocking schoolboy error, with Bolingi scoring, was penalised for a penalty for the opponents' third and then made another fumble for the fourth.

A win for the Warriors, given the events at the Cairo International Stadium where hosts Egypt beat Uganda 2-0, would have seen them make history by booking a place in the last 16, as the runners-up in the group, but a limp show - when they needed to flex their muscles - will now see them heading home.

Maybe, the days of turmoil, which saw their camp being devilled by a series of rows over pay leading even to consideration being made by ZIFA to pull the team out of this tournament a few days ago, finally took their toll on them and the spark they had shown against Egypt and Uganda disappeared.

With just one point, from three games, and bottom of the table, it means the so-called Golden Generation will also be remembered for all the wrong reasons after suffering the worst defeat by Zimbabwe at the AFCON finals while the issues related to their financial demands will also be debated for weeks.

And, after scoring only once in 270 minutes, this is officially the worst campaign by the Warriors at the AFCON finals.

But, it soon became clear this was going to be a long night, with the changes in their central defence, brought by the injury to Alec Mudimu, turning them into a vulnerable outfit and it wasn't helped by Chipezeze's mistake, which saw him fumble what should have been a routine save from a free-kick, onto the crossbar and Jonathan Bolingi, on his 30th birthday, pushed the Congolese ahead.

In the 37th minute Cedrick Bakambu ran clear of the defence and fired home with the outside of his foot before he was brought down by Chipezeze in the second half, dusted himself and converted the penalty.

And, when the goalkeeper fumbled a speculative shot towards the end of the game, the Warriors were punished again in the 78th minute with Middlesborough striker Britt Assombalonga taking full advantage to score the fourth goal.

Previous Story
Next Story
Do or Die for Warriors

Do or Die for Warriors

AFCON 2019 - Nigeria, Egypt Qualify for Round of 16
Tagged:
Copyright © 2019 The Herald. All rights reserved. Distributed by AllAfrica Global Media (allAfrica.com). To contact the copyright holder directly for corrections — or for permission to republish or make other authorized use of this material, click here.