Ghana: Why Ghana Is Likely to Go On Needing the IMF - However Difficult the Relationship 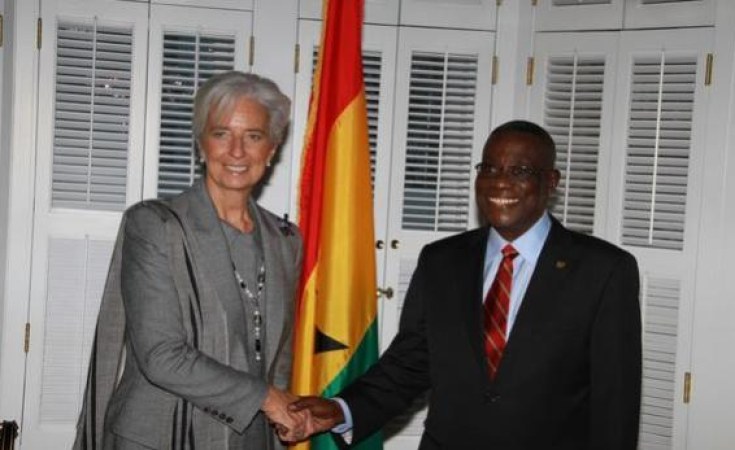 The relationship between Ghana and the International Monetary Fund (IMF) is, to many Ghanaians, a difficult one. Most Ghanaians are of the view that the country should divorce itself from the international body.

A look at sentiments expressed in statements by former presidents and finance ministers under whose tenure the country exited one sponsored programme or another illustrate this well. They ranged from:

The decision to be independent of IMF budgetary support is a watershed in the history of the country's economic development.

We won't go to IMF again; Ghana will no longer be troubled by conditionalities of IMF.

Ghana was the first sub-Saharan African country to gain independence in 1957. It was undoubtedly a beacon of hope for the region. The country had significant natural resources as well as a highly educated population.

The relationship between Ghana and the IMF and World Bank dates back to the late 1960s. Following the overthrow of Kwame Nkrumah's government in 1966, the country suffered nearly two decades of political instability and economic decline. A prolonged drought worsened the situation, as did widespread bush fires. This resulted in an unparalleled famine. Adding to the burden on government was the need to resettle 1 million citizens expelled from Nigeria.

The next decade saw the global oil crisis as well as a persistent downward trend in the terms of trade. By the 1980s inflation was at a triple digit level.

Undoubtedly, by 1983, Ghana's economy was in tatters. It desperately needed support to reverse the downward spiral. As a result, Ghana embarked on a major programme of economic reform. It did this through an IMF and World Bank sponsored structural adjustment programme and economic recovery programme.

Over the years these have become a major reference points in terms of the relationship between Ghana and the Bretton Woods institutions.

The scale of reforms under these arrangements were enormous.

The structural adjustment facilities were used to steer Ghana toward becoming a market friendly nation where incentives were created by the free market. In the process, the country embarked on a large-scale overhaul of institutions, encouraged competition by privatising state own enterprises, built institutional capacity and attained macroeconomic stability.

Undeniably Ghana chalked up some initial successes under the programme. It was in fact referred to as the programme's ideal student due to significant improvements in its macroeconomic indicators.

But after nearly two decades of adjustment, in 2001, the country fell on hard times. It was classified as a highly indebted poor country - a World Bank and IMF initiative aimed at reducing the external debt burden of very poor countries.

At the time, all Ghana's earlier successes had been eroded. The economy was suffering from rapid exchange rate depreciation, high inflation and very low external reserves. The severe crisis was partly due to high debt service requirements that affected the budget and affected the balance of payments.

In 2001, the newly elected government opted for debt relief under the highly indebted countries initiative. This decision was met with a lot of public backlash. People's view was that Ghana had fallen from being the beacon of hope for Africa to being heavily indebted and poor.

People started to ask lots of questions about the implications of the effects of 16 years of IMF and World Bank adjustment programmes, and their ramifications on Ghana's development. To many, the country had been tied to the apron strings of the Bretton Woods institutions and had to wean itself off as soon as possible.

Again, by mid-2013, the government's efforts to achieve fiscal consolidation were undermined by policy slippages, external shocks and rising interest cost. This continued until mid-2014. But then the country's net international reserves position had weakened further. And the exchange rate had depreciated sharply, fuelling inflationary pressures.

These macroeconomic mishaps occurred against the background of the issuance of Eurobond and a short-term loan contracted by the Cocoa Board in the same year. Yet public debt continued to rise at an unsustainable pace.

Ghana then entered another IMF-backed stabilisation program, its 16th since independence, after missing targets in 2013 and 2014. On 3 April 2015, the IMF approved a three-year Extended Credit Facility arrangement with Ghana. This was aimed at the restoration of debt sustainability and macroeconomic stability to foster a return to high growth and job creation while protecting social spending. The programme was extended for an additional year, ending on 2 April 2019.

In its World Economic Outlook the IMF is forecasting that Ghana will be the fastest growing economy in the world this year with a projected growth rate of 8.8%. As with previous IMF/World Bank sponsored programmes, Ghana is once again out-performing itself.

As usual, the government is very optimistic about the prospects of the country following its exit from the programme. The obvious question being asked is: what is different this time?

The programme appears different in a number of ways.

First, it was based on a combination (domestic and foreign) of sources of finance. Second, conditionalities attached to it were informed by homegrown policies. This was unlike previous programmes where conditionalities were based on the Washington consensus.

Lastly, Ghana has also made important changes. It passed a new law - the first of its kind in the country - to govern government spending. The Act seeks to ensure fiscal responsibility, macroeconomic stability, and debt sustainability. A key provision gives parliament the power to censure the Finance Minister if spending exceeds defined limits.

Given the chronology of Ghana's relationship with the IMF - and the cycle of achieving targets under its programmes before falling back on bad habits - most believe it's just a matter of time before the country goes back to the IMF asking for help. The likelihood of this happening is increased by the fact that the country goes to the polls in 2020. This means there is bound to be a tendency for government to overspend.

Whatever happens next, it's important to note that the structure of the economy has not changed. It is still highly susceptible to external shocks, particularly commodity prices. To the extent that these external shocks are unavoidable, the IMF and World Bank will remain critical partners in the country's development process.

Priscilla Twumasi-Baffour, Fellow of the International Institute for Advanced Studies, University of Ghana