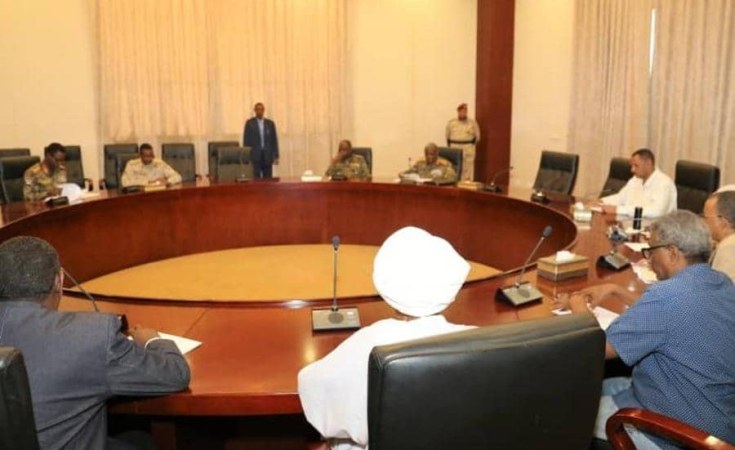 Hundreds of thousands of protesters came out across Sudan on Sunday, calling for the ruling military council to cede power to a civilian government, as police in Khartoum, the capital, fired teargas.

Witnesses said rallies were organized in Port Sudan, Al-Obied, Madani, Gadaref, and Khasma el-Girba, and even secondary students rallied, according to journalist Reem Abbas on twitter.

Protests in Karima (near Merowe) in Northern State. It was started by students from Karima secondary school and Industrial secondary school. Schools had to release students early to avoid protests, but it didn't exactly work#Sudan

This 'million' person march was viewed as a challenge for the umbrella protest movement, the Alliance for Freedom and Change, to try and mobilise Sudanese without the help of social media after a government-sanctioned internet blackout has tried to curb momentum.

In Khartoum, protesters reportedly chanted 'civilian rule, civilian rule', as police in the Bahari, Mamura, and Arkweit in the eastern part of the capital fired teargas on the marchers.

Marchers in Gadaref, in eastern Sudan were also sprayed with teargas, according to witnesses.

This day would have marked the 30th anniversary of former Sudanese president Omar al-Bashir's time as president. However, he was deposed by the military in April, giving the opposition a date to mobilise the people.

But Rachid Abdi, a Horn of Africa analyst, says that this has not deterred the Sudanese protesters, but mobilised them, calling on the ruling Transitional Military Council (TMC) to relinquish power.

If TMC thought it had broken the back of the protest movement in Sudan after June 3rd massacre, today's unprecedented protest rallies inside Sudan and outside should serve as reminder it has emboldened it. Given it new momentum.

TMC has no option but to relinquish power. #Sudan

Many Sudanese said they feared new violence after the paramilitary Rapid Support Forces (RSF) positioned themselves around the capital in anticipation of the large attendance.

According to protesters and international activists, RSF killed more than 100 people and wounded hundreds after a brutal crackdown on 3 June in Khartoum, and 130 more killed since the attack, according to doctors who are aligned with the opposition.

"There are vandals, there are people who have an agenda, a hidden agenda, we don't want problems," said RSF chief General Mohamed Hamdan Dagalo, who is also the ruling military council's deputy chief, said Saturday.

The military council said that the organisers would be "entirely responsible if any soul is lost" in Sunday's protest.

On Saturday, one RSF unit reportedly prevented the organisers from holding a press conference to publicise the marches.

The Alliance for Freedom and Change, said those who came out in Khartoum and sister city Omdurman would march to some of the homes of protesters who were killed on 3 June.

The people are marching as Ethiopia and the African Union have been mediating between the civilian protest movement and the military officers in charge in order to create a transition government to civilian rule.

The international community said it was watching the military, especially after the crackdown earlier this month. A number of international rights groups and western countries called on the military not to use violence to deal with protesters.

Protesters' "right to peacefully protest and express their views on 30 June, or on any other date, remains key," according to the European Union.

The military council "must not allow the country to slide back into yet more repression," said Amnesty International's Secretary General Kumi Naidoo. "The world is watching."

Sudan Protesters Vow to Continue Despite Death by Snipers
Tagged:
Copyright © 2019 Radio France Internationale. All rights reserved. Distributed by AllAfrica Global Media (allAfrica.com). To contact the copyright holder directly for corrections — or for permission to republish or make other authorized use of this material, click here.