Africa: Morocco Move Into Last 16 At Africa Cup of Nations 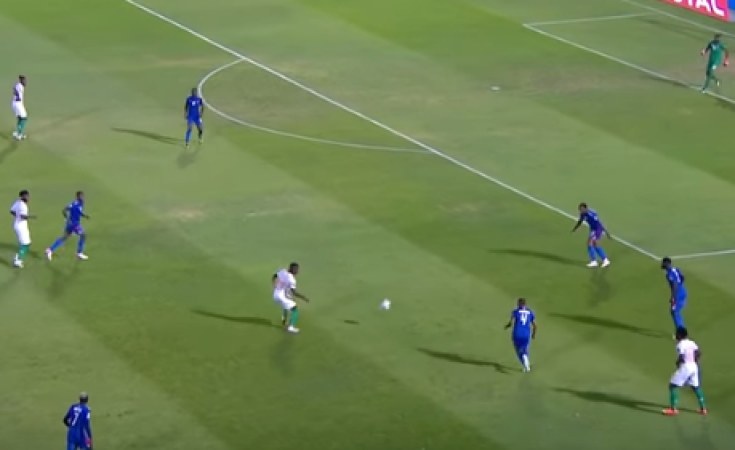 Cairo — Morocco saw off Cote d'Ivoire on Friday night to reach the last 16 at the Africa Cup of Nations.Youssef En-Nesyri scored the winner mid way through the first-half. Hervé Renard's side will secure top spot from Group D with a draw against South Africa on 1 July.

As for the Ivorians, title winners under Renard in 2015, they will have to beat Namibia to ensure their place in the knockout stages. They may have to take on the southern Africans without skipper Serge Aurier.

The defender hobbled off after 70 minutes and will undergo tests on Saturday to gauge the extent of his injury.

By the time they meet Namibia on 1 July at the 30 June Stadium in Cairo, Ibrahim Kamara's men might need to verse themselves in the darker arts needed to prosper at major tournaments.

The Moroccans dominated possession and when they lost the ball were not averse to breaking up play with tactical fouls. On such occasions, the Ivorians failed to besiege the referee Neant Alioum demanding punishment.

"Cote d'Ivoire are a big team in Africa especially in the Cup of Nations," said Renard. "They were in the final in 2006, 2012 and 2015, so Morocco has done very well to beat them. But it's just another group game. We've got to concentrate on the next match against South Africa so we can top the group."

South Africa, missing injured skipper Dean Furman, emerged from their regional derby against Namibia with all three points courtesy of a header from Bongani Zungu after 68 minutes.

Coach Stuart Baxter, who made four changes to the team beaten 1-0 by Cote' d'Ivoire on 24 June, hailed his players for coping with the loss of Furman and the pressure of a crucial match. "We're not playing in the kindergarten any more, this is the Africa Cup of Nations," he said.

"The fact that we were under pressure and not playing too well in the first half but were able to take instructions at half time and go out and play better, that's development . So I am pleased."

A point against Morocco on 1 July at the Al Salam Stadium should secure a spot for South Africa in the last 16 as one of the four best third-placed teams from the six groups.

Bafana Qualify for 2019 AFCON After Libya Victory
Tagged:
Copyright © 2019 Radio France Internationale. All rights reserved. Distributed by AllAfrica Global Media (allAfrica.com). To contact the copyright holder directly for corrections — or for permission to republish or make other authorized use of this material, click here.

If He Hits You, He Loves You - Zimbabwe Tackles Myths & Violence
Children