Morocco/South Africa: Baxter Happy With Win and Plots Against Morocco 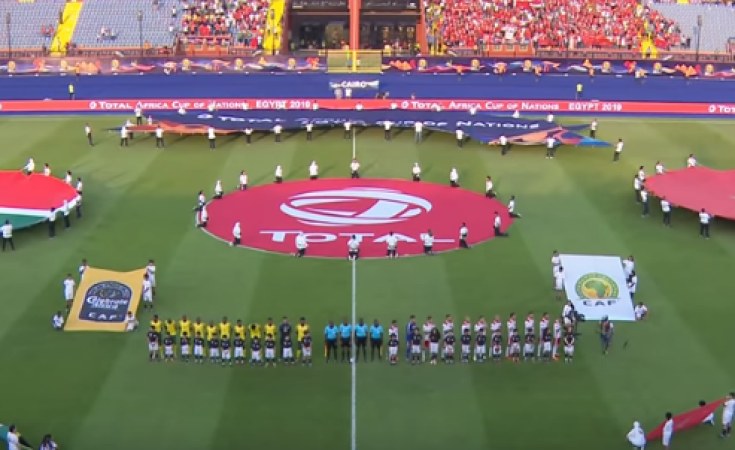 South Africa take on the Atlas Lions at Al Salam Stadium, knowing well that they just need to avoid defeat to secure a place in the knock out stages.

Buoyed by the 1-0 win over Namibia, Baxter said Monday's match would be a no holds barred contest and didn't rule out making some changes that suit that match.

Talking of the win over Namibia, Baxter said both teams played some scintillating football, adding the match was competitive throughout the 90 minutes.

"The first half was an even affair and both teams played some good football. It was a very competitive game but I was not happy the way we were forced to play in small areas in the first half. We made some changes at half time and we had more space and play through the lines and get more movement to different players.

"I was very pleased with the second half and obviously pleased that we scored a goal and win the game. In a game like that you are just waiting for your opponents to equalise. So looking back, I thought we were more comfortable in the second half but it was really a competitive game and I think the Namibian coach did a tremendous job in putting together a good team. Congratulations to him for that and good luck in the last game," said Baxter.

He said the reason why Bafana Bafana started tentatively was probably because of the weight of the expectations.

"We should never underestimate the environment and the pressure of the game tonight had on the players in terms of how we play. Some of our passes were straight to Namibian players; that is unlike us. That has to do with our psychology and it has to do with the gravity of the occasion, I think," he said.

"When we scored, I think we put better attacks together, looking more dangerous. Even in the first half, a couple of times but once we opened up the game, I think we looked better and they had to work a lot harder to keep us under control and after we scored maybe the possession improved a lot and the quality of front play just improved and become more efficient."

He said the Morocco game is going to be an interesting one.

"Every game in this group has been close, so I don't think they will be expecting an easy game and I hope we don't disappoint," he said adding that he made some changes in personnel that suited that particular game.

"We changed some players; Dean Furman was injured, so he would not play and then we were really trying to balance our midfield play by having Bongani (Zungu) and Hlompho Kekana and we gave Kamohelo Mokojto a rest.

"So we changed the team because we thought it was proper for this opponent and I can't promise I am not going to change the team for the last game because the last game is going to be a tactical duel and it is going to be one where we have to really, really work hard and some fresh legs would be a good choice," he concluded.

Morocco Move Into Last 16 At Africa Cup of Nations