Africa: Can the US and Africa Prosper Together? 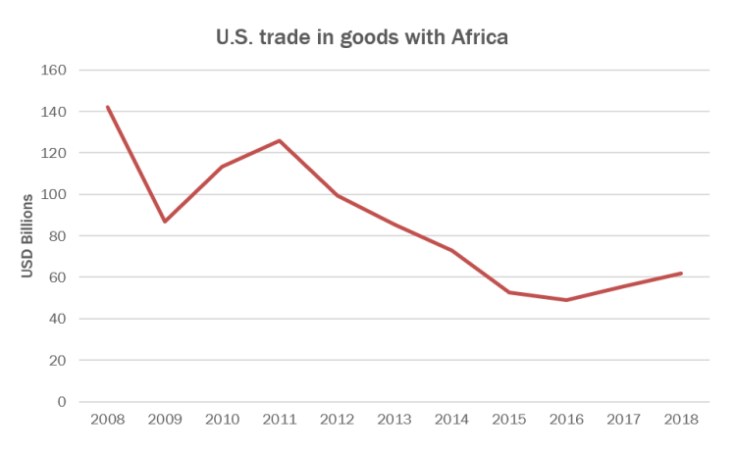 Washington, DC — Prosper Africa, the core of the Trump administration's policy, is a state of mind. This is not a criticism.

The program is an ambitious effort to get every American political appointee, diplomat, and civil servant engaged on African issues to be on the lookout for commercial opportunities for American businesses and to help American companies take advantage of those opportunities. Prosper Africa wants nothing less than to change the culture of American diplomacy in Africa so that the success of American business on the continent is as much of a priority as American security and Africa's economic development.

This message was repeated last week at the Corporate Council on Africa's U.S.-Africa Business Summit in Maputo, Mozambique, by Deputy Commerce Secretary Karen Dunn Kelley, USAID Administrator Mark Green, Assistant Secretary of State for African Affairs Tibor Nagy, and Commerce Under Secretary for International Trade Administration Gilbert Kaplan, among others. To those present, it appeared to be well received by the presidents, vice presidents, ministers, and other senior African officials who came from more than 20 countries on the continent, and the more than 1,000 U.S. and African business leaders who participated in the summit.

The implementation of this new mindset will be challenging, to say the least.

A Prosper Africa website went live during the conference but, at best, it is a placeholder for things to come. Administration officials at the summit talked about creating "deal teams" in the U.S. and at U.S. embassies, yet few details were given about the make-up of the "teams" or how American businesses can engage them. One senior official mentioned that the Trade and Investment Hubs will be transformed into "multi-agency platforms" but little information was provided on what form that will take.

There is a Prosper Africa secretariat co-led by USAID and the Commerce Department but, again, information on that was scarce. And then there is the money, of which not much has been allocated to the initiative. USAID has budgeted $50 million for Prosper Africa, less than that devoted to Power Africa, and far less than one-half of one percent of the $8 billion that USAID invests in Africa annually in its other programs.

Indeed, the success of Prosper Africa will be judged by its ability to increase the volume of commercial flows between the U.S. and Africa. Right now, though, some U.S officials say that they want to double U.S. trade and investment while others speak more cautiously about "substantially" increasing the volumes.

Despite the lack of detail, the Trump administration has generated momentum for its commercial policy in Africa. One welcome development was the announcement that a fourth Trade and Investment Hub will be established in North Africa, hopefully in Morocco. The passage of the BUILD Act and the creation of the $60 billion U.S. Development Finance Corporation (USDFC) set to open its doors on October 1, is a once-in-a-generation opportunity.

The USDFC can make American companies competitive in Africa in a way they have never been before. Finally, at the summit, Commerce announced a reconstituted President's Advisory Council on Doing Business in Africa, a creation of the Obama administration, that has played an important role in identifying challenges for U.S. business on the continent.

In May, the U.S. Senate voted to restore the full financing authority of the U.S. Export-Import Bank, with the confirmation of three new board members. These are all important tools for boosting U.S. business in Africa.

Competition on all sides

When it comes to U.S. investment in Africa, the trend line has been positive. Not only does the U.S. have the largest stock of investment in Africa of any of the continent's commercial partners, but that number has been steadily increasing. In 2017, U.S. investment was $50 billion up from $9 billion in 2001. During the Maputo summit, oil and gas company Anadarko announced a $20 billion investment for the construction of a liquified natural gas plant in Mozambique's Offshore Area 1. According to Standard Bank, this is the largest investment ever in Africa. ExxonMobil is expected to soon announce an even larger investment to develop Mozambique's natural gas resources.

It will be more challenging for the Trump administration to have success on the trade front. For one, the level of two-way trade was $61.8 billion last year. This was 57 percent less than its 10-year high of $142 billion in 2008.

Several factors explain the dramatic decrease. First, with the emergence of U.S. energy self-sufficiency, our historically high need for African oil is now zero. On the other hand, the long-term competitive issue for U.S. trade in Africa is the proliferation of the European Union's Economic Partnership Agreements (EPAs). These agreements provide EU goods, services, and companies with tariff advantages with more than 40 African countries. As the United States Trade Representative (USTR) noted in its March 2019 National Trade Competitiveness report, the EPAs have "eroded" U.S. trade competitiveness with South Africa and the countries of the Southern African Development Community. This erosion will only intensify across the continent as the EPAs come into force, and as Africa implements the new Continental Free Trade Agreement.

Another challenge for the American trade position in Africa is China's tied-aid commercial policy that leverages debt onto African governments in return for their obligation to use Chinese goods, services, and labor for much-needed infrastructure projects. It is also worth noting that the U.S.-Africa Trade and Investment Summit coincided with the annual meeting of the African Export-Import Bank that was being held in Moscow and was opened by Russia's Foreign Minister, Sergei Lavrov. Clearly, competition for market share in Africa is rapidly intensifying, and not just from China and Russia.

It is difficult to see how the Trump administration's desire to find a willing African partner with which to negotiate a "model" free trade agreement will be sufficient in scale and time of implementation to prevent a further erosion of U.S. trade competitiveness in Africa.

U.S.-African commercial relations were energized by the U.S.-Africa Trade and Investment Summit in Maputo, but the administration needs to keep that momentum going. The AGOA Forum in Côte d'Ivoire in August will be another opportunity for U.S. officials to show their commitment to the African continent and Prosper Africa.

The Trump administration should also consider convening a third high-level U.S.-Africa Business Forum on the margins of the U.N. General Assembly in September. The previous forums, in 2014 and again in 2016, proved to be major catalysts to U.S. business success in Africa.

South Africa's Motsepe Apologises for Africa Loves Trump Remark
Tagged:
Copyright © 2019 The Brookings Institution. All rights reserved. Distributed by AllAfrica Global Media (allAfrica.com). To contact the copyright holder directly for corrections — or for permission to republish or make other authorized use of this material, click here.