Sudan: Rethink Urged Over Withdrawal of Peacekeepers From Sudan 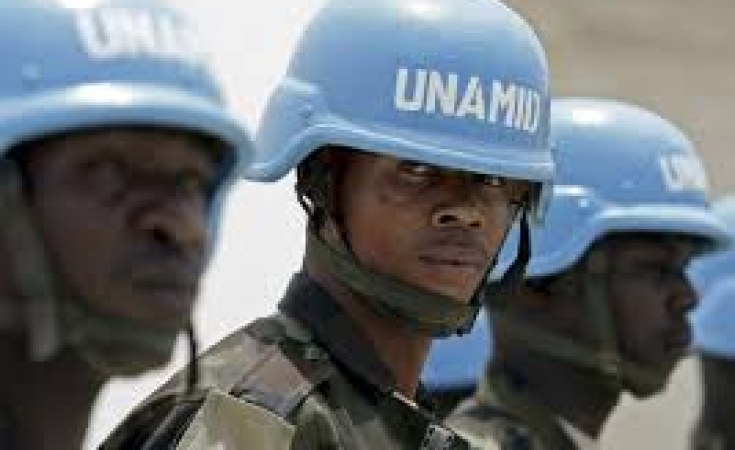 Nairobi — The UN Security Council has paused the drawdown of peacekeepers from Sudan's troubled western province of Darfur, but local aid workers and analysts have called for a rethink of the overall withdrawal strategy in light of the country's continued political violence.

The crackdown on pro-democracy protests in Khartoum by the Transitional Military Council and a related increase in violence in Darfur by the Rapid Support Forces (RSF) - the former Janjaweed militia accused of past atrocities in the region - led the Security Council last week to delay the withdrawal of the hybrid UN and African Union mission, known as UNAMID.

The Security Council resolution, passed on 27 June, extends UNAMID in its current reduced size of 5,050 peacekeepers until 31 October. It also calls on the UN secretary-general and the chair of the African Union Commission to submit an assessment report by 30 September recommending the "appropriate course of action for UNAMID's withdrawal" and a "political strategy detailing options for a follow-up mechanism to succeed the mission".

But UNAMID is the only impartial force in the region able to monitor and report on human rights violations. And amid the reports of rising violence in Darfur and the turmoil in Khartoum, many are increasingly viewing the earlier drawdown plans as premature.

Amnesty International reported in June that it had disturbing new evidence, including satellite imagery, of villages destroyed by government forces and allied militias, describing those actions as "war crimes and other serious human rights violations".

UN Assistant Secretary-General for Human Rights Andrew Gilmour told the Security Council on 14 June that UNAMID had documented the killing of 47 people across Darfur between 11 April and 12 June, but many cases "remain invisible and underreported due to lack of access to some parts of the region".

He added that in the mountainous Jebel Marra area of central Darfur - where the protection needs of civilians are greatest - the sole representatives of the government are the security forces, "but they are reported to be the main perpetrators of violations against the civilian population - that is, the people they are there to protect".

UNAMID planned to be out of Sudan by 2020 and had been vacating its bases across the region to focus on Jebel Marra. Those bases and assets have been taken over by the RSF.

Christoph Heusgen, Germany's ambassador to the UN - co-sponsor of last week's UN resolution along with the United Kingdom - welcomed the council's decision to "turn off our autopilot" on UNAMID's drawdown.

But Rosalind Marsden at the Royal Institute of African Affairs said the current political crisis in Sudan "requires a fundamental review of UNAMID's withdrawal strategy".

She told The New Humanitarian it was "surprising" UNAMID had continued its drawdown despite the RSF's occupation of its bases - a militia, she said, "which has a history of attacks on civilians in Darfur and which has now taken its violence to the national capital".

In Darfur there was similar disappointment with last week's resolution.

"Four months [extension] is not enough to deal with the situation," said a local aid worker in Geneina, the capital of West Darfur State. "The RSF have been redeployed to Darfur and they are all over, beating people, stopping people going to their farms, and arming the Arab militia," said the aid worker, who asked not to be named for fear of reprisals.

A local consultant with an international aid organisation, who also asked for anonymity, described an atmosphere of menace created by the RSF in Geneina. "It's not safe to move alone, especially if you're carrying money," she said. "If you are driving, [the RSF] can run you off the road. If they cause an accident, they won't even apologise."

The withdrawal of UNAMID from Geneina in May meant there were now no human rights monitors to report RSF abuses to. "Who can protect us and help raise our voices? There is no internet here," the consultant said. "At night I close my door and don't open it to anybody."

The RSF grew out of the Janjaweed militia armed by former president Omar al-Bashir to combat mainly "non-Arab" rebels that took up arms in 2003 to protest their marginalisation. Since independence Sudan has been ruled by an "Arab" political and economic elite that has dominated ethnic Africans in Darfur.

UNAMID was deployed in Darfur in 2007 in the wake of Janjaweed's ethnic cleansing that killed 300,000 civilians. As a result of that violence al-Bashir was charged by the international Criminal Court for war crimes, crimes against humanity, and genocide.

In recent years the conflict has largely subsided after several rebel factions declared a ceasefire in 2015. That relative stability created the conditions for a rethink of UNAMID's mission and its reconfiguration, focusing more on a development and peacebuilding mandate.

But the popular uprising in Khartoum that toppled al-Bashir in April has changed the dynamic in Darfur. The vice-president in the Transitional Military Council is Mohamed Hamdan "Hemeti" Dagolo - the commander of the RSF, who previously led the Janjaweed.

It was the RSF that was responsible for the bloody crackdown on civilian pro-democracy protesters in Khartoum on 3 June, killing an estimated 120 people. And in a huge protest march on Sunday, in which the security forces shot dead seven civilians, Hemeti justified the action alleging there were "snipers" in the crowd.

"If they can do that in Khartoum with lots of cameras and all eyes watching, imagine what they can do in Darfur where there is nobody to report it," said a Nairobi-based analyst who asked not to be named, referring to the 3 June violence.

"Hemeti is now the government," said the aid worker in Geneina, voicing a common perception. "He has the power and can do what he wants. He's giving the Janjaweed money and vehicles, and they are targeting black Darfuris like before."

"People are fed up with fighting. They want peace. But the armed movements in Jebel Marra and north of Geneina may intervene to protect civilians. This is a possibility," said the aid worker - although the capacity of SLM-AW to operate beyond Jebel Marra is limited.

How the political stalemate in Khartoum is resolved is crucial to all of Sudan's marginalised regions - including South Kordofan and Blue Nile, where rebel insurgencies are ongoing.

"If there is a civilian government, we will feel more secure," said the Geneina consultant. "The people have to win in Khartoum to give us peace."

If and when a civilian-led transition does eventually take over in Khartoum, the discussion on UNAMID's withdrawal will likely take on a different complexion.

"It is to be hoped that, once a civilian-led transitional authority is established, [the new administration's] views on UNAMID's role in protecting civilians in Darfur will be reflected in the special report, which the UN Security Council has requested from the UN secretary-general and the chairperson of the African Union Commission," said Marsden, a Sudan expert.

The decision to wind up UNAMID partly came as the result of cost-saving measures being pushed by the US administration, but it is also down to the influence of both Russia and China, who have long supported the Sudanese government's antipathy towards the mission.

The African Union, the UN's partner in the hybrid force, has taken a robust position on Sudan - suspending it from the regional body after the Transitional Military Council took over and refusing to bow to Khartoum's demand that UNAMID assets be handed over to the RSF. It has also pushed for negotiations towards a civilian-led transition.

A number of Security Council members, including the UK, were also keen to see a longer drawdown pause - of at least six months - to allow more time for talks on a democratic transition to take place.

In defending the UNAMID drawdown, Under-Secretary-General for Peacekeeping Jean-Pierre Lacroix said in June that "peacekeeping is no longer the optimal way" to solve the root causes of Darfur's violence - land ownership, climate change, and the safe return of internally displaced persons.

But a senior UN official told TNH he was concerned that the drawdown was going too far too fast.

"The mission has been reduced to its bare minimum. The resolution gives everybody time to look at this again," he said. "It usually costs more if you have to restart something. Handing over assets and repatriating troops costs billions of dollars. God forbid if we had to start again."

'We Will Continue Our Protests Until the Military Yields'

Sudan's Al-Bashir Charged Over Killing of Protesters
Tagged:
Copyright © 2019 The New Humanitarian. All rights reserved. Distributed by AllAfrica Global Media (allAfrica.com). To contact the copyright holder directly for corrections — or for permission to republish or make other authorized use of this material, click here.