South Africa: Homeless Killings - What We Know So Far About the Tshwane Murders

There have been no arrests since the discovery of a fifth body in Tshwane almost two weeks ago and very little information has been released by the authorities on the spate of killings.

This is what we know so far:

The first body was found in a veld near Mears Park train station on June 1, according to police.

Two more bodies were found in Magnolia Park on June 8 and 9 and a fourth was found on a pavement on the corner of Justice Mohammed and Troye streets on June 18.

The fifth and most recent body was found at a bus stop near Unisa's main campus on June 19.

All five victims were found in different parts of Muckleneuk, a Tshwane suburb close to Sunnyside.

The police have so far confirmed that all the victims were homeless, middle-aged males. All were murdered at night, presumably while they were sleeping.

News24 understands that all the victims were either stabbed, suffered blunt force trauma from a heavy object or injuries inflicted in both manners. However, post-mortems will conclusively identify the cause of death in each case.

So far, the police have confirmed the identifies of three of the victims, but are still in the process of finding their next of kin.

While the police have been mum on whether the string of murders was the work of a serial killer, they have dubbed the suspect the Nocturnal Prowler.

"Without sowing panic in our communities, especially in the Muckleneuk area, we want to caution the public to be vigilant and aware of the Nocturnal Prowler preying on the vulnerable," Gauteng police commissioner Lieutenant General Elias Mawela said in a statement.

Dr Gérard Labuschagne believes the similarities are enough to link the murders.

"Treat it as a serial killer until it isn't," Labuschagne told News24 in an interview.

Coinciding with the discovery of the fifth body in June, Mawela instructed a high-level task team - comprising forensics specialists, including pathologists and criminal psychologists, crime intelligence officers and detectives - to prioritise the investigation.

Shortly after the announcement, the task team had already made their way to one of the crime scenes, where they combed the scene and interviewed a homeless man.

"Our aim, as the police, is to work around the clock and make sure that this madness is brought to an end. For now, we are in the process of getting these homeless people into shelters," Mawela said in a statement.

However, as of July 1, no arrests have been made, and investigations are ongoing.

News24 previously confirmed that two homeless men, who might have been attacked by the Nocturnal Prowler, were interviewed by the police.

Gauteng police spokesperson Brigadier Mathapelo Peters told News24 the task team had established that the two had survived similar attacks in the area.

They had not approached the police about the attacks until now.

The men reported that their attacker had worn a balaclava, attacked them during the evening while they were sleeping and acted alone.

News24 also spoke to one man who believed he might have been the first victim of the Nocturnal Prowler when he was attacked in May.

The man recounting his ordeal, said the attack happened at around 03:00 and his attacker was wearing a black hooded jacket and wielding a large knife.

"I was the first to be stabbed," he claimed."I was sleeping, he was silent and just started stabbing me. He didn't say anything."

A suspect accused of stabbing a homeless man in May this year was arrested on June 26.

He was supposed to appear in the Pretoria Magistrate's Court on June 28, but the case was never placed on the court roll.

According to a docket that News24 had seen, the suspect was accused of stabbing the homeless man during the early hours of the morning on February 5 opposite Magnolia Park.

It has since emerged that the case was not placed on the roll because the National Prosecuting Authority (NPA) had declined to prosecute due to insufficient evidence.

The NPA previously said the matter was not placed on the roll because the police had failed to bring the suspect to court within 48 hours of his arrest as prescribed by the law. The police have denied this.

This case is back with the police for further investigation.

On Monday, the same suspect, now identified as 25-year-old Manusi Mothupi, made a brief appearance in court on another attempted murder charge.

This case also relates to the alleged stabbing of a homeless man, but this time in Sunnyside on May 7.

Both the NPA and police said that while Mothupi is not linked to the five murders, they were investigating if he could be linked to other crimes.

Since the murders started, homeless people in Tshwane have been living in fear that they might be the next victim.

Several people, whom News24 spoke to since the murders started, detailed how they no longer stayed in the Muckleneuk area after dark, and that they have now started to sleep in groups.

"We are sleeping in groups ... but when someone approaches a lot of people, no one will rise because they are afraid for their lives," one homeless man said.

"No one will raise his or her head. No one can try to do something because it's night and we don't have anything.

"So even if someone is crying there, I cannot run and say I want to help. How can [I]?"

Homeless Attack - Man in Court but On a Different Docket 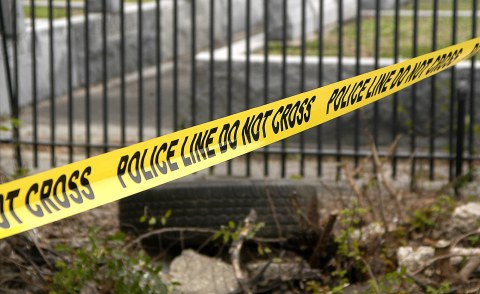 Task Team to Probe Murders of Homeless People in South Africa
Tagged:
Copyright © 2019 News24Wire. All rights reserved. Distributed by AllAfrica Global Media (allAfrica.com). To contact the copyright holder directly for corrections — or for permission to republish or make other authorized use of this material, click here.