Tunisia/Mauritania: Third Draw Takes Tunisia to Next Round 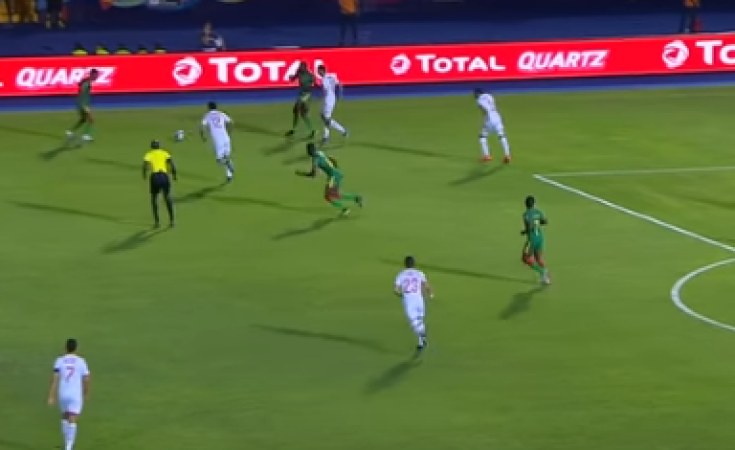 Tunisia joined Mali into the last 16 from Group E after playing out a barren draw with Mauritania in their ultimate group match on Tuesday in Suez. It was the third successive draw at the campaign as they finished second on three points, four shy of Mali who topped the group after beating Angola 1-0 in Ismailia.

With two points from their previous games, the Carthage Eagles needed to avoid defeat and hope the other result go their way, and they managed to achieved that despite a scrappy performance against a spirited Mauritainian side.

Mauritania dictated the first half with at least three chances that should have shot them into the lead. Tunisia were a pale shadow of themselves as they failed to click.

Just four minutes into the game, Tunisia goalie Hassen Mouez was called to duty, and he scored full marks by parrying away Ismael Diakhite's angled shot from close range.

Diakhite, who plays for Tunisian side US Tataouine was a constant threat for the Tunisian backline as he partnered with Khalil Ahmed and Adama Ba upfront.

Few minutes into the game, Les Mourabitounes were dealt a major blow as captain Ba Abdoul limped off and had to be replaced by Sounkhasso Diadie. Not even the absence of their captain could affect the play of the Mauritanians, and they continued to pile pressure on the 1994 champions.

Three minutes past the half-hour mark, Diakhite had a miss at goal before Mohamed Yaly failed to convert the best chance of his side in the first half four minutes later. Tunisia goalkeeper Mouez came his line to deny Yaly in a one-on-one situation to keep his side in contention.

Tunisia had their turn and it came on 39 minutes as captain Youssef Msakni fired a low shot that missed target by inches.

The second half resumed on the same tempo with the Carthage Eagles upping their game. However both teams failed to break the deadlock with Tunisia smiling in the end, whilst Mauritania bowed out with their heads high

It's a mixed feeling that drives me especially that we had the opportunity to make the difference at any time in this game. Unfortunately, it did not work. It is true that we missed opportunities as was the case against Angola. We can put this on the fact that this is our first participation and that we still lack experience.

We have finished a stage and now we have to tackle another one, but with different challenges. Three draws in the group stage does not satisfy us. It's up to us to review all this, even if the main aim was to qualify. We are going to learn and we have to prepare well for the rest of the competition.

The game leaves us with regrets after missing opportunities especially in the first half. What I can also regret is having a day of recovery less than Tunisia. Otherwise, our players gave everything, but we were not aggressive on the offensive side. Maybe we needed a fourth game to get in power especially as we gained momentum as the competition progressed.

Previous Story
Next Story
Tunisia, Mauritania Play to a Draw at AFCON

Tunisia, Mauritania Play to a Draw at AFCON