FORMER army commander Lieutenant General Tlali Kamoli and his fellow accused soldiers appear to have adopted a scorched earth policy to try and permanently sabotage their trial on a plethora of murder and attempted murder charges. This they are doing in the hope that the current Thomas Thabane coalition collapses and a new regime, which may grant them a permanent stay of prosecution, comes into power, according to senior judicial officers.

A pre-trial conference of Kamoli and his cohorts, which was due to have started this week, was postponed again after their lawyers brought up fresh excuses to delay it. Former South African Director of Public Prosecutions, Shaun Abrahams, who is leading the prosecution had already jetted into Maseru for the pre-trial conference. So was Justice Charles Hungwe, the Zimbabwean judge roped in to adjudicate over the case.

But the pre-trial conference did not happen after the soldiers' lawyers said they were not ready to proceed for various reasons.

The lawyers, Advocates Napo Mafaesa and Khotso Letuka, said they were not ready to proceed with the pre-trial conference because they had not had access to the relevant court files, which they claimed had been lying in the office of the chief justice. They also said their clients could not prepare for the trial effectively while in custody. Others still had pending bail applications. The lawyers further claimed that their clients were now being denied access to their witnesses. This after the Lesotho Defence Force (LDF) allegedly banned its serving officers from visiting Lt-Gen Kamoli and the other detained colleagues. The lawyers say some of the serving soldiers are useful witnesses and denying them access to their clients makes it impossible for them to prepare their defences fully.

"We will not be able to continue with the pre-trial conference because my clients' witnesses who are servicing members of the LDF are forbidden from visiting them (the defendants) and we have been told that this was a command from the LDF management," Adv Mafaesa said.

"Pursuant to the command, there are soldiers placed at the prisons to monitor visitors of the accused by taking a register of everybody who visits the accused. We have difficulty putting up our defence due to this order and it is my submission that the LDF command is likely to prejudice the accused persons."

Adv Letuka concurred, telling the court they had not had access to the court files which hindered them from preparing for the legal battle. Furthermore, he claimed they had not been served with all the accused's indictments.

This was rebuffed by Advocate Abrahams who said the indictments had been served way back in January. Justice Hungwe was also not impressed by the conduct of the soldiers' lawyers. He questioned why they had not sought the indictments despite knowing that they were coming to court.

"This is the first time we are being made aware of the LDF command blocking serving members from visiting the accused... ," Advocate Abrahams said.

"It is the duty of the defence counsel to meet the witnesses not the accused themselves. The defence should consult with the LDF command and if they hit a brick wall, they should ask for the court's intervention or the prosecution's assistance and that has not been done.

"Amended indictments were served in January but accused number nine (Lt-Gen Kamoli) refused to be served. They cannot come and raise such issues now. The problem we have is that the defence counsel does not communicate with the prosecution or registrar and that impacts on the speed of the trial.

"It is also the first time that I am hearing of the bail application ... However, it was never submitted that being in custody would affect the accused's rights to a fair trial. I also do not see how it will affect the pre-trial conference," Adv Abrahams said.

Judge Hungwe seemed to concur, taking the lawyers to task about why they had not sought the indictments when they knew they were coming to court.

"You come in May or this month seeking such indictments yet you knew about this date of coming to court. I do not understand the attitude you are displaying as a lawyer," Justice Hungwe said of Advocate Letuka's submissions. He then moved the matter to his chambers to iron out the issues raised by the defence.

Adv Mafaesa later told this publication that the trial had been moved to 26 -27 August 2019.

"The crown counsel has been ordered to give us copies of the case file containing the statements by 27 June (today) and we will reappear on 5 August for mention. The 26th and 27th of August have been set as the provisional dates for the trial depending on what may happen in-between the dates," Adv Mafaesa said.

But sources in the judiciary said the only way the trial could proceed now is if Judge Hungwe stamps his foot down and refuses to buy any of the lawyers' attempts to forestall the trial.

"Kamoli and his accomplices committed heinous acts of murder. Everyone knows they killed (Maaparankoe) Mahao... Everyone knows of all the other brutal acts they committed... There is no escape route for them... ," said a senior judicial official who requested anonymity for professional reasons.

"Their strategy is to sabotage the trial for as long as possible in the hope that the Thabane coalition succumbs to its current vicious infighting and a new regime which may give them a reprieve gets elected.

"They are banking on parties like the DC and LCD under which they committed their atrocities with impunity coming back to power and letting them free under some sort of amnesty... So unless Judge Hungwe stamps his foot down, these people may never get their day in court."

LDF spokesperson, Lieutenant Colonel Mashili Mashili, denied claims that the army had stopped serving soldiers from visiting the detained soldiers, casting more doubt on the authenticity of the lawyers' claims. He said the LDF did not have jurisdiction over the custody arrangements of the defendants as that was a prerogative of the Lesotho Correctional Service (LCS).

"Our only obligation is security and safety of the suspects... ," Lt-Col Mashili said.

Justice Hungwe was sworn in on 15 January 2019 to preside over the trial but there hasn't been much progress. His appointment was unsuccessfully challenged by Kamoli and his accomplices. They have since belatedly appealed the judgment which upheld the appointment, another reason cited by Advocates Mafaesa and Letuka why the pre-trial conference should not proceed.

"There is also a pending appeal pertaining to your lordship's (Justice Charles Hungwe) appointment, so I am wondering if we will continue against that background."

The lawyers are likely to push the same argument on 26 August to avoid proceeding with the trial.

Former National Security Services (NSS) director and head of Military Intelligence, Tumo Lekhooa, is among the accused but has not set foot in court after he fled the country last year.

Lt-Gen Kamoli faces an additional murder charge in connection with the killing of Police Sub-Inspector Mokheseng Ramahloko at the Police Headquarters in Maseru during the attempted coup of 30 August 2014. He is charged alongside Captain Litekanyo Nyakane, Lance Corporal Motloheloa Ntsane and Lance Corporal Leutsoa Motsieloa in the matter.

He also faces 14 counts of attempted murder in connection with the 27 January 2014 simultaneous bombings of the Moshoeshoe II homes of First Lady 'Maesaiah Thabane and the Ha-Abia residence of former police commissioner, Khothatso Tšooana.

Faced with all these cases, the judicial sources say Kamoli and his cohorts' only hope now is a change of government. They hope a sympathetic government could halt the prosecution in favour of a general amnesty as the Democratic Congress (DC) and the Lesotho Congress for Democracy (LCD) had been agitating for. 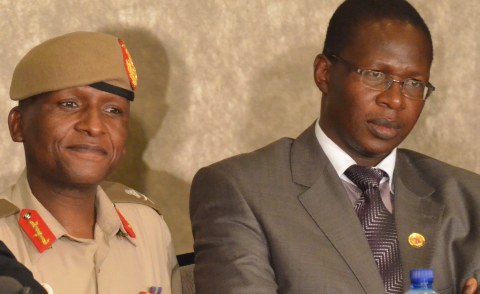 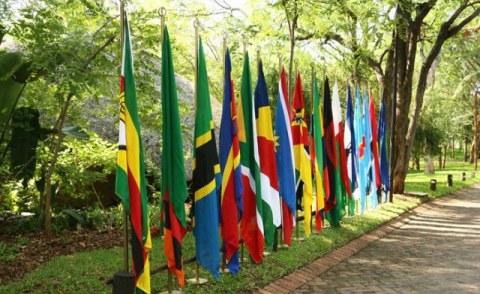 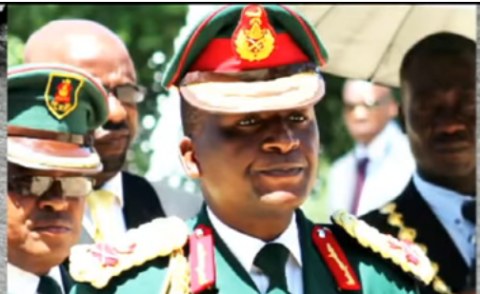 Former Lesotho Army Chief Up For Murder and Several Charges
Tagged:
Copyright © 2019 Lesotho Times. All rights reserved. Distributed by AllAfrica Global Media (allAfrica.com). To contact the copyright holder directly for corrections — or for permission to republish or make other authorized use of this material, click here.