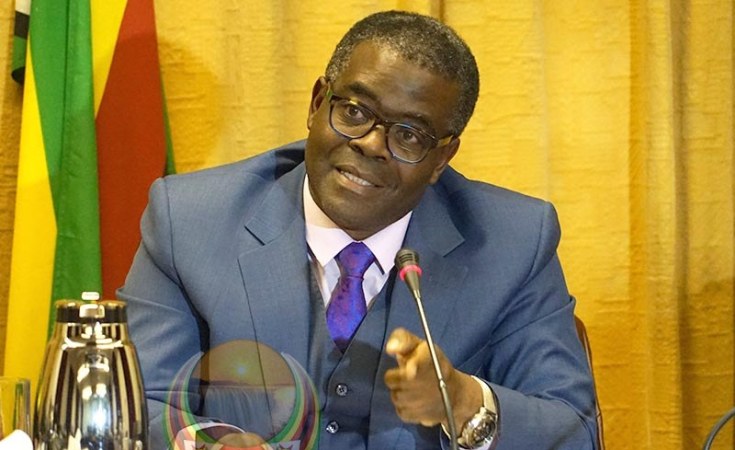 After finally paying about a third of its debt to South African power utility, Eskom, government has warned this does not guarantee immediate power supplies.

But hours later Eskom, under pressure from South Africans to clarify the issue, released a statement denying it had received any payment from Zimbabwe or started negotiations for possible supplies to its northern neighbhour struggling to keep the light on.

Chasi who disappeared from social media after the gaffe, has since reappeared with renewed vigour warning that Zesa was ready to switch off non-paying clients "without regard to who you are." The Energy Minister apologised for jumping the gun.

"Lies have short legs. This is what I lied about. I am sorry," said Chasi attaching a copy of the telegraphic transfer made to Eskom dated July 1st.

On Tuesday Chasi warned the payment of the US$10 million will likely be followed by painstaking negotiations.

"Zimbabweans, whilst we have paid US$10 million this is no guarantee for power. We need to negotiate. The public owes (Zesa) $350 million. It must be paid," said Chasi.

After a weekend in which President Emmerson Mnangagwa was left with egg in the face, Finance Ministerr Mthuli Ncube told Parliament's Budget Committee that the money would be paid by end of day Monday.

This time it seemed he was telling the truth with government making sure the telegraphic transfer proof was splashed across social media. A first in itself.

George Guvamatanga secretary of finance on Monday in defending Ncube and the government argued.

"When a payment is made there is a process in government. There is a point where a budget is released and authorised, payment would have been done.

"There are other follow-up process which may include telegraphic transfers and these could take up to seven days. From the Minister (Mthuli Ncube)'s perspective payment would have been done," said Guvamatanga.

Meanwhile when asked if he had been pressured in lying when he claimed government had paid and was in negotiations with Eskom Chasi retorted:

"You are assuming that I was pressured, I wasn't pressured. The reason why we are here is because government wants the public and you to have information. So I was not pressured. Neither did I lie."

The Energy Minister could not give a timeframe within which the crisis around electricity and fuel could be resolved.

"The short answer is I can't give you the date and the time because I am not in control of somebody for example who accesses foreign currency from our national system buys fuel and decides that is not going to play according to the rules.

"I can't determine that. But this matter is urgent, and we are applying all efforts to make sure that we normalise the situation. We all need to be working together," he said.

Fuel Prices In Zimbabwe Up Again
Tagged:
Copyright © 2019 New Zimbabwe. All rights reserved. Distributed by AllAfrica Global Media (allAfrica.com). To contact the copyright holder directly for corrections — or for permission to republish or make other authorized use of this material, click here.